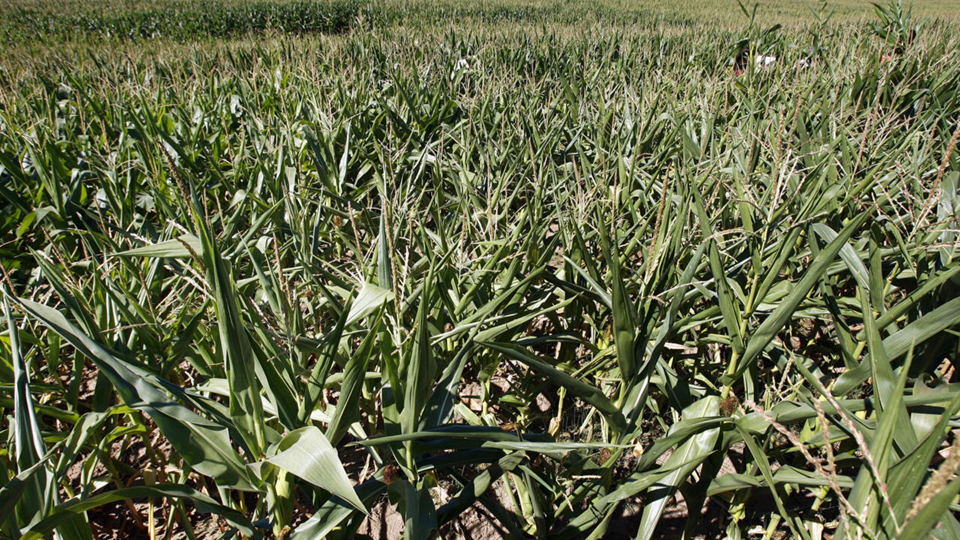 "I don't see why we should evolve our views when they're still doing the same things," said Bill Freese, science director at the non-profit Center for Food Safety, criticizing the "dramatically increased toxic herbicide use" following the proliferation of GMOs.

Seeds designed to thrive in specific local conditions have been developed for centuries through conventional breeding, by crossing together plants with relevant characteristics and selecting the desired offspring.

But as more severe weather creates hostile growing conditions for conventional seeds, companies such as Bayer/Monsanto, Corteva and Syngenta are promoting GMOs as more efficient.

And newer technologies can reduce development times for these heartier varieties "by many years" compared with traditional crop modification techniques, according to a spokesperson for Germany's Bayer.

"Drought tolerance is a complex trait involving many genes," the spokesperson said. "Therefore, the ability to develop drought-tolerant traits through classic breeding methods such as crossbreeding is limited."

Longtime GMO critics say they are open to new approaches but are not sold on the latest industry pitch, viewing conventional seed products as safer and with fewer environmental drawbacks.

"How many times have we read that we won't be able to feed the world by 2050 unless we have GMOs?" said Freese, referring to the argument of GMO proponents that genetically modified crops will be necessary to produce enough food for a growing population on a warming planet.

But for Freese, that claim is "just a really effective smoke screen put on by the pesticide and seeds conglomerates to put a good face on this new technology."

US company Corteva said it, too, is focused on "new breeding technologies such as gene editing" to "take advantage of the genetic diversity that already exists within the plant's DNA" when it comes to creating new seed types.

Such GMO products can help normalize a crop's performance, even if extreme moisture from rain or flooding promotes the spread of fungus or pests, companies say.

More than 90 percent of the corn, cotton and soybeans grown in the United States is currently genetically modified to withstand herbicides and/or insects, according to US government figures.

Farmers have been growing corn meant to tolerate drought since 2011. Whether or not this trait is acheived with traditional breeding or with GMO seeds, the resulting plants are then usually combined with GMOs that can withstand herbicides.

"They told us in the '70s and '80s that GMOs were going to be more nutritious, fix the nitrogen level, withstand everything," said Michael Hansen, a senior scientist at Consumer Reports. "What did we see? Mainly herbicide-tolerant crops."

Perls acknowledged "incredible advances" in mapping and manipulating genetic material, but said scientists "are still quite limited in our understanding of the functioning of the incredible complexity of life, both within a single organism and within ecosystems."

For now, she advocates for regulatory oversight of new GMO technology "rooted in a precautionary approach."

Andrew Smith of Rodale Institute said using GMOs to help crops withstand droughts and other extreme conditions is "nearsighted" unless the health of the soil is ensured.

"It's a strategy to mitigate climate change," said Smith.