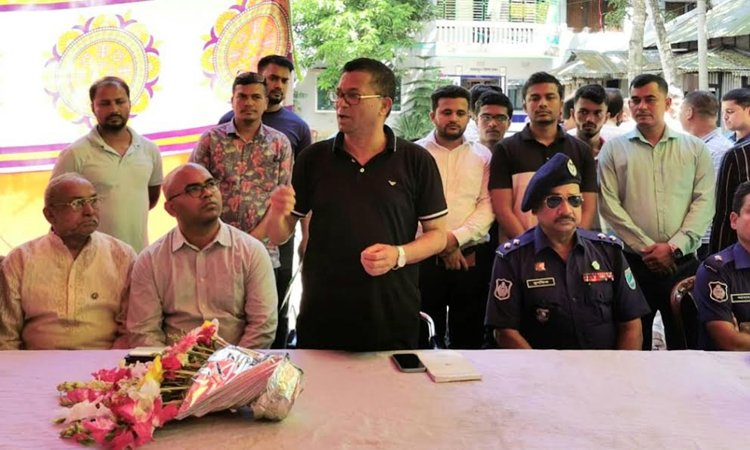 DHAKA, Oct 5, 2022 (BSS) - Deputy Minister of Water Resources AKM Enamul Haque Shamim today said that all quality services of the government would have to be ensured at doorsteps of the people.

“Father of the Nation Bangabandhu Sheikh Mujibur Rahman had a dream to build a Sonar Bangla. And the country is moving forward under the leadership of Bangabandhu's daughter Prime Minister Sheikh Hasina. We all have to work on this. Good governance must be established in all sectors,” he said.

He was speaking as the chief guest at a view exchange meeting with chairmen and members of 24 Union Parishads (UP) of Naria and Sakhipur upazilas at his residence at Charbhaga at Sakhipur in Shariatpur this morning.

The deputy minister said the activities of the UPs should be made more effective and quality of all services including old age allowance and widow allowance should be increased, according to a message received here today.

“Concerned departments should be accountable. Prime Minister Sheikh Hasina thinks about common people. Under her leadership, Bangladesh is progressing fast with the motto ‘Village will be city’,” he said.

Shamim said, “We see development everywhere. It is the contribution of Sheikh Hasina. If the pace of development continues, Bangladesh will be the best country in Asia.”

He said that Bangabandhu Sheikh Mujibur Rahman built Bangladesh his honesty and talent. And his daughter Sheikh Hasina with her honesty, wisdom and political foresight has uplifted the country.

“So, we have to work with integrity from our own position to move forward the country. Bangladesh is progressing fast under Bangabandhu's daughter Sheikh Hasina and she will come to power for the fifth time in the next election as well,” Shamim said.

Naria and Shakhipur people’s representatives greeted the deputy minister as he returned home after attending the 76th session of the United Nations with Prime Minister Sheikh Hasina.