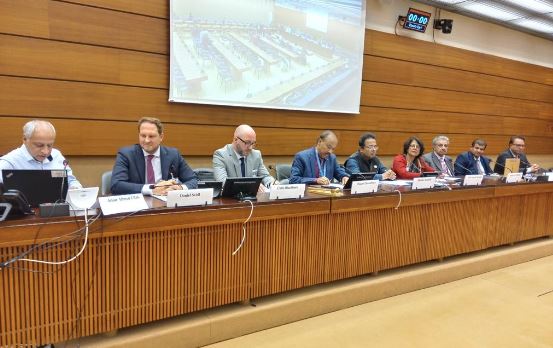 DHAKA, Oct 4, 2022 (BSS) - Deputy Permanent Representative of Bangladesh to UN in Geneva Sanchita Haque has raised the demand for recognition of 1971 Genocide committed by Pakistan.

"The Bangladesh government has declared 25th March as Genocide Day. Bangladesh condemns genocides committed anywhere, everywhere. We will continue to raise our voice against genocide and demand justice and accountability for the victims of genocides. We will also continue working for the recognition of 1971 genocide," she said.

Sanchita Haque was addressing a side event at the United Nations in Geneva on Monday, according to a press release received here today.

She said in Bangladesh, International Crimes Tribunal (ICT) was set up to try the collaborators of the Pakistan Army who played a crucial role in facilitating the genocide and the ICT is still continuing.

Participants in the side event were members of the Bangladesh community in different European countries, European academics, researchers and human rights activists from other civil society organisations in Europe.

Organized by the Europe-based diaspora organisaion BASUG, in collaboration with European Bangladesh Forum (EBF) and Switzerland Human Rights Forum Bangladesh, the conference was held at a time when the 51st session of the UN Human Rights Council was going on at UN in Geneva.

A two minutes documentary film made by Amra Ekattor, Projonmo Ekattor and BASUG was screened in the program.

Apart from her, the other speakers at the side event also reiterated the demand for the international recognition of Bangladesh genocide in 1971 committed by Pakistan and urged the global community including the United Nations to recognise the 1971 genocide without wasting time.

They said the time is right for recognition of Bangladesh Genocide adding, it is of great importance and an absolute necessity to honour the victims of 1971 genocide and their descendants through recognition.

Unfortunately, Bangladesh genocide has today become a forgotten chapter in the history, they added.