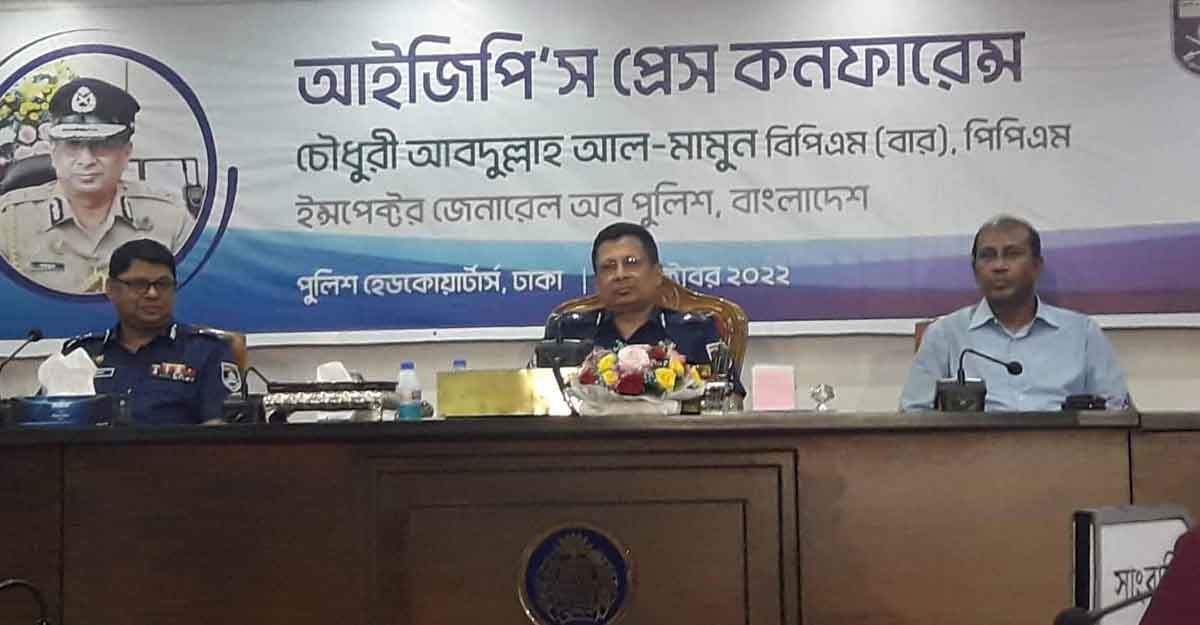 The new IGP in his maiden media briefing told that all necessary directives have already been issued to each and every police station across the country so that common people can get services properly and lodge complaint easily.

"We want to ensure police stations (thana) as means of people's confidence," he said replying to a query of journalists.

Mamun categorically added that police are committed to increase the quality of its services at any cost.

On terrorist acts, the police top mandarin said Bangladesh police has now become a role model in combating terrorism and militancy across the globe.

"The law and order is very good at present as the capacity of police forces, including manpower, infrastructure and other logistic supports, were increased through undertaking various pragmatic steps in this connection," he added.

Abdullah Al-Mamun also renewed the police forces' "Zero Tolerance" policy against corruption and troublemakers, saying that utmost professionalism, transparency and accountability in the force must be ensured at all stages.

Asked about the US imposed sanctions on anti-crime elite forces Rapid Action Battalion (RAB) and reformation of it, the IGP, also the immediate past RAB DG said, "The reformation process in RAB is a continuous process . . . The developments and modernizations are being done when necessary."

Raising strong protest against the possible police's role in next national polls, the IGP said, "We (police) will act our duties as per the law of the country . . . During the polls time, police will act as the directives of the Election Commission (EC) constitutionally."

He sought all-out cooperation of media people in reaching police services at the people's doorsteps.

Senior police officers were also present at the press meet.