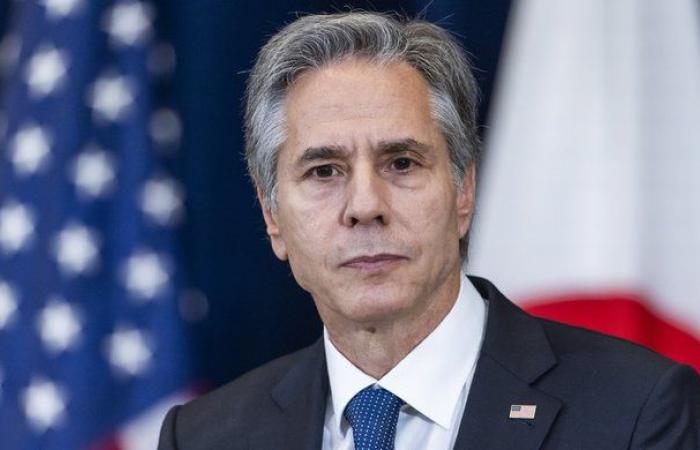 Blinken met with Gustavo Petro, Colombia's first ever leftist president, who
has harshly criticized the war on drugs as a failure.

After Colombia, Blinken will travel to Chile and Peru, which also recently
elected leftist presidents.

But in Colombia, Petro's policy of offering an olive-branch to leftist
guerrillas and drug-traffickers -- as long as they lay down their weapons and
cease illegal activities -- is in stark contrast to his conservative
predecessor Ivan Duque, who enjoyed good relations with the United States.

Blinken made clear Monday that "extensive common ground" remains even under
the new president's position.

Colombia, which suffered decades of civil war fueled in part by drug
trafficking, is the world's leading cocaine producer, with the United States
as is its principal market.

"We strongly support the holistic approach the Petro administration is
taking," Blinken said during a joint press conference with the Colombian
president after their meeting at the Casa Narino palace.

"On both the enforcement side but also on the comprehensive approach to the
problem which is so necessary, I think that we're largely in sync," he added.

As part of that "comprehensive" approach, Petro highlighted his goal of
purchasing arable land to redistribute to small farmers, at a cost of "$7 to
$14 billion," he said.

He also called on the United States to strengthen cooperation in the field of
intelligence and in the protection of maritime areas around Colombia.

On immigration, a thorny issue for the administration of US President Joe
Biden as his Democratic party heads into the upcoming midterm elections,
Blinken praised Colombia for welcoming more than two million displaced
Venezuelans.

He called a policy by Colombia, launched under the previous administration,
to give temporary protected status for 10 years to Venezuelans "a model for
the region - indeed, a model for the world."

- Attention to the region -

The trip by the top US diplomat, whose country has been more focused in
recent times on Asia and on the war in Ukraine, appears aimed partly at
addressing any concerns of US neglect for its hemispheric allies.

After a tight first round, in which Bolsonaro did surprisingly well, there
will be a run-off on October 30 with Brazil possibly also about to swing to
the left.

Despite speculation that Bolsonaro might not accept electoral defeat, Blinken
said Sunday the US shares "Brazil's confidence that the second round will be
conducted in the same spirit of peace and civic duty."

Blinken's tour comes on the heels of a prisoner exchange between the US and
Venezuela, reflecting a cautious warming between the two despite the fact
that Washington has never recognized the disputed 2018 re-election of Nicolas
Maduro as president.

"We have never had stronger relations with this hemisphere," said Brian
Nichols, US assistant secretary of state for Western Hemisphere Affairs,
ahead of Blinken's trip.

"We are not judging countries based on where they fall on the political
spectrum but rather their commitment to democracy, the rule of law, and human
rights," he said.

Blinken travels to Chile Wednesday for talks with President Gabriel Boric, a
36-year-old former leader of student protests who came to power in March.

The US diplomat will end his trip in Peru on Thursday and Friday, where he
will meet President Pedro Castillo, a former union leader who is the son of
peasant farmers. Since coming to power last year, Castillo has faced multiple
investigations for corruption and influence-peddling.

While in Lima, Blinken will take part in the yearly general assembly of the
Organization of American States, which has a crowded agenda.

It will consider a resolution urging an end to "Russian aggression in
Ukraine" -- though some Latin American capitals have expressed hesitance --
as well as resolutions on rights abuses in Nicaragua and on the dire economic
and political situation in Haiti.

Throughout his trip, Blinken will raise US concerns about democracy,
immigration, human rights and climate change, the State Department said.