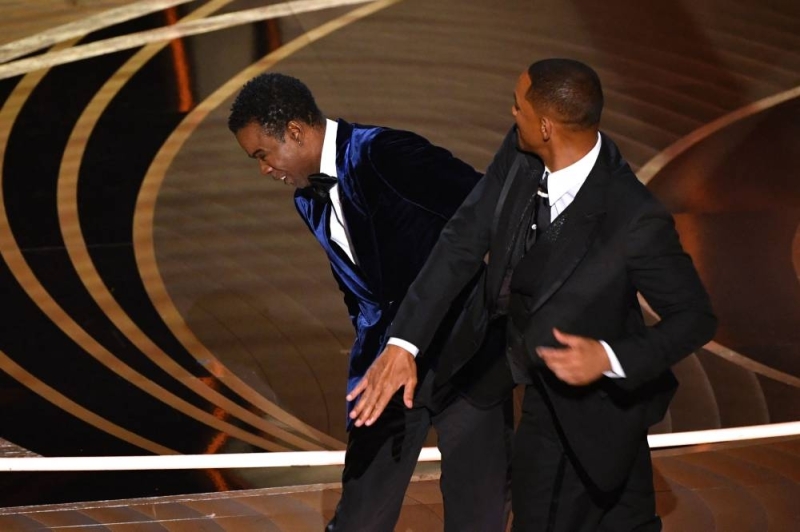 LOS ANGELES, Oct 4, 2022 (BSS/AFP) - Less than a year after Will Smith shocked millions around the world by slapping Chris Rock at the Oscars, his new film "Emancipation" will be released this December, Apple said Monday.

The slavery drama was broadly assumed to have been delayed in the wake of Smith's assault on comedian Rock, which drew widespread condemnation and resulted in Smith being banned from attending the Academy Awards ceremony for 10 years.

But Apple made the surprise announcement that the tainted star's latest movie will hit theaters December 2, and begin streaming on Apple TV+ a week later.

The timing means Apple will be able to submit "Emancipation" to compete at the Oscars next March, just a year after it made history as the first streamer to win the Oscar for best picture with "CODA."

Smith has kept a relatively low profile since that night at the Academy Awards, when he won best actor for his performance in "King Richard" just minutes after he had marched on stage and hit Rock for making a joke about his wife.

The former "Fresh Prince of Bel-Air" star made a public apology shortly after the incident, and released an emotional social media video about the moment in July, offering to meet with Rock "whenever you're ready to talk."

The 54-year-old also resigned his membership with the Academy of Motion Picture Arts and Sciences -- although the organization did not revoke his best actor award, and his decade-long ban from attending the ceremony does not prevent him being nominated for Oscars.

Smith this weekend attended an advance screening of "Emancipation" hosted with the National Association for the Advancement of Colored People (NAACP) in the US capital Washington.

The movie stars Smith as a fugitive from slavery on a harrowing journey north from Louisiana seeking freedom.

His character Peter is inspired by the infamous photograph of a slave whose back was mutilated by lashes received on a plantation, and who was dubbed "Whipped Peter."

The film is directed by Antoine Fuqua, whose 2001 police drama "Training Day" earned a best actor Oscar for Denzel Washington.

"Emancipation" was originally due to be filmed in Georgia, but production was moved last year after the southern US state approved a voting rights law that critics say is intended to depress turnout in Black and other underrepresented communities.