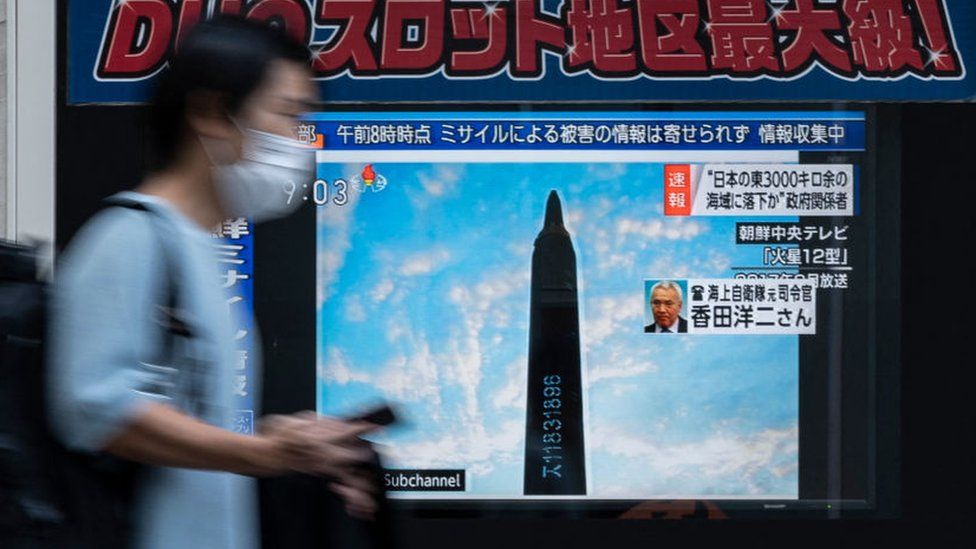 TOKYO, Oct 4, 2022 (BSS/AFP) - A North Korean missile that prompted an evacuation alert flew over northeastern Japan on Tuesday and landed in the sea outside the country's exclusive economic zone, Japan's government said.

The missile led to a rare activation of the J-Alert system, which appeared on screens showing national broadcaster NHK and warned residents in the north and northeast of the country to seek shelter.

"We are analysing details but the missile passed over Japan's Tohoku region (northeast) then fell in the Pacific outside Japan's exclusive economic zone."

He said no damage or injuries had been reported in the launch, which Prime Minister Fumio Kishida called "an act of violence".

"We strongly condemn this," he said in brief remarks.

The country's missile alert warning system was activated at 7:29 am (2229 GMT Monday).
"North Korea appears to have launched a missile. Please evacuate into buildings or underground," the alert read.

Around 30 minutes later, the prime minister's office then tweeted that "a projectile that appears to be a North Korean ballistic missile has likely flown over Japan".

In a statement, Japan's coastguard said the missile appeared to have already landed in the sea and warned vessels not to approach any falling objects.