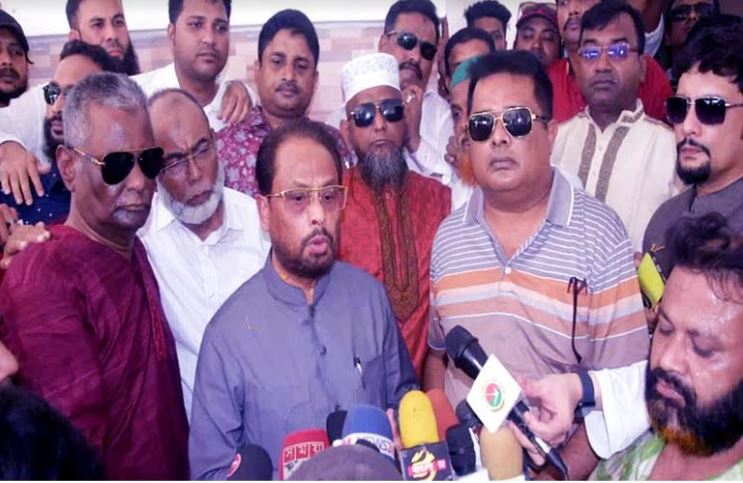 RANGPUR, Oct 3, 2022 (BSS) - Jatiya Party (JaPa) Chairman GM Quader has said there is no division in the party which is currently a very powerful, organized and united political party.

"All political parties, foreign powers and everyone are watching the Jatiya Party both at home and abroad. Whatever we are doing is in the interest of the country and people," he said while talking to journalists at Rangpur Circuit House this afternoon.

Quader said Begum Raushan Ershad was misled by a group and the misunderstandings have been overcome.

"We are much more organized now than before. Jatiya Party is working to bring about qualitative change in politics. In the next national election, Jatiya Party will put candidates in all 300 seats," he said.

Criticizing Awami League, GM Quader, also Deputy Leader of Opposition in Jatiya Sangsad said, "The support given to the Awami League government has not been reflected in reality."

Stating that the economic condition of the country is more fragile, Quader said, "The remittance earning from expatriates is decreasing while import expenditure is increasing day by day."

Regarding the party's nomination for mayoral post in the upcoming election of Rangpur City Corporation, he said, "I have nominated current Mayor Mostafizar Rahman Mostafa."

Responding to a question, he said, "Jatiya Party has no secret ties or secret matters with the BNP. I do everything transparently. I will do it publicly. When something is done, everyone will know."