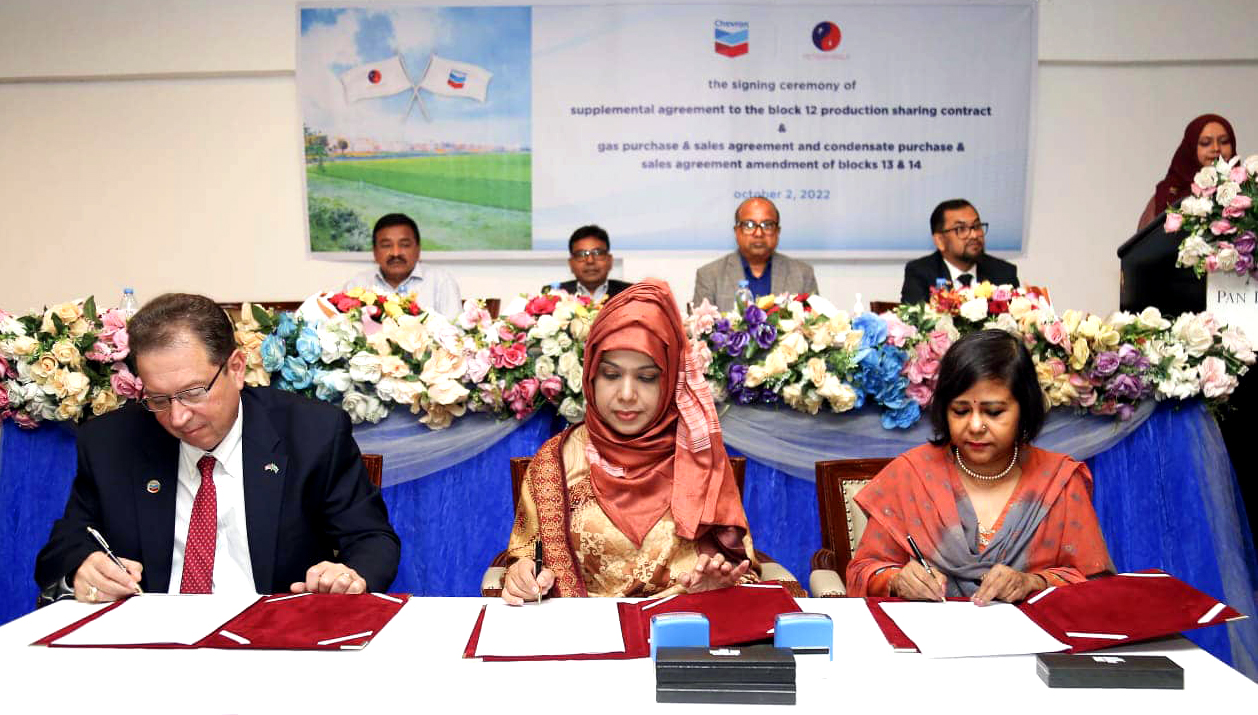 DHAKA, Oct 3, 2022 (BSS) - As part of the government's collective efforts, Chevron Bangladesh will drill two more wells in the extended area of the Bibiyana gas field in phases.

To this end, the state-owned Petrobangla and Chevron Bangladesh today signed several agreements with the energy and mineral resources division to drill more wells at Bibiyana gas field.

Under the agreement, Chevron will drill BY-27 by 2023 and it has planned for BY-28 infield well in extended area, according to a Petrobangla statement.

The Chevron has dug 26 wells at the Bibiyana gas field. It will begin drilling the BY-27 development well in 2023 in the extended area, he said.

Nazmul said that a significant amount of gas is expected to flow from the field.