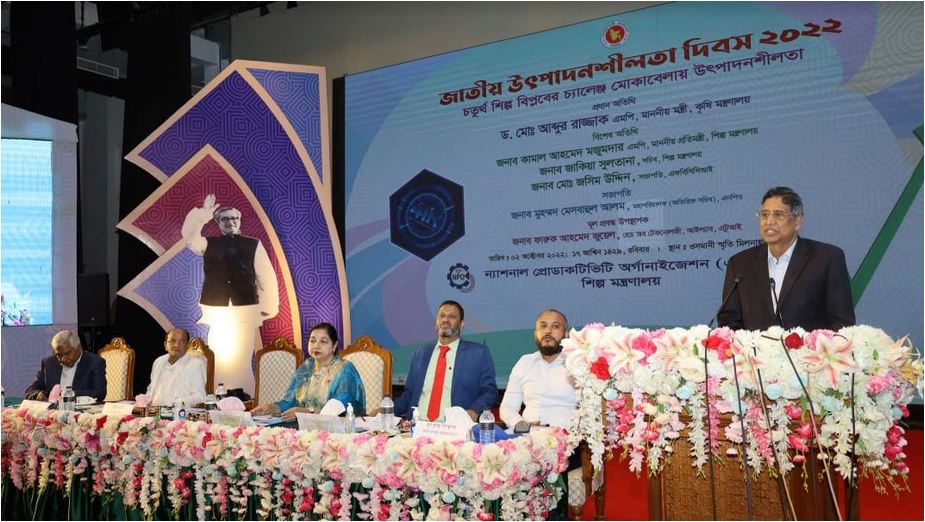 “There is huge scope of raising yield in the agricultural production which once was only 4-5 maunds in  per bigha, but now it ( per unit productivity) has reached to 17-18 maunds”, said the minster.

The minister made this comment while participating in a discussion on the national productivity day at Osmani auditorium here. National  Productivity Organization (NPO) under the Ministry of Industries arranged the function.

The productivity in the agriculture sector has been increased tremendously due to the breakthrough  of developed variety and technology, he said, adding that “our scientists already has developed BRRI Dhan -89 and BRRI Dhan-92 and extension of these varieties are now underway.”

Dr Razzaque said : “ the yield of these newly innovated varieties has exceeded more than 30 maunds in per bigha and the government is now trying to extend these varieties”.

Regarding the milk productivity, the agriculture minister said once our cows gave on in average only 5 liters of milk, but now it has been increased to 28-30 liters due to variety development.

“But now we have to develop our variety in line with the variety development in Europe in order to raise our milking capacity up to 60 liters”, the minister told the function.

For raising productivity, the minister call upon to use fourth industrial revolutionary technology like artificial intelligence, robotics and genetic engineering and said various developed technologies are now available across the world, adding that but now it is high time to make an evaluation that how much we are equipped with these technologies.

Participating in the discussion, State Minister for Industries  Kamal Ahmed Majumder said “Bangladesh is now in better position in terms of raising production as the contribution of industries  is now around 37 percent in overall economy.”

Chaired by Director General (DG) of the National Productivity Organization M Meshbahul  Alam, the function also was attended, among others, by Industries Secretary Zakia Sultana and FBCCI President Jasim Uddin.