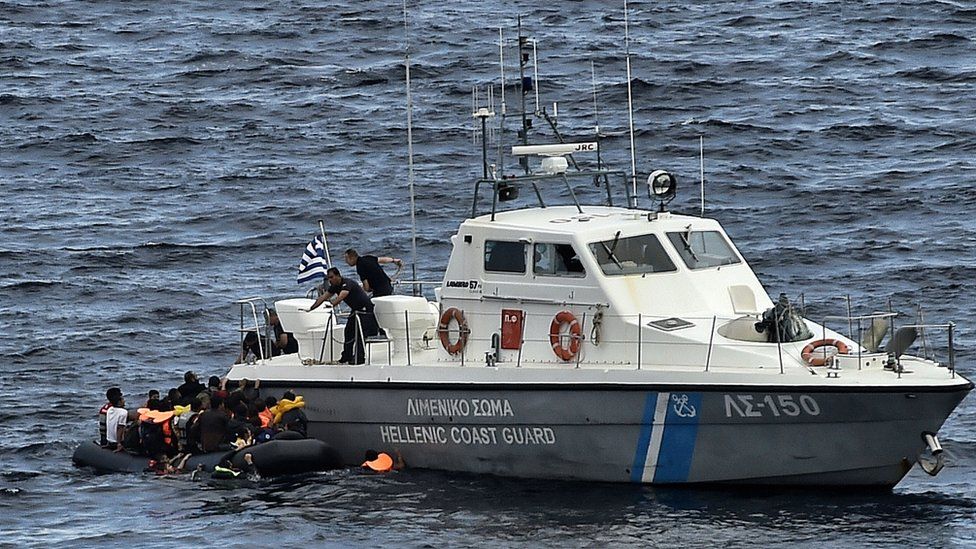 ATHENS, Oct 2, 2022 (BSS/AFP) - Greece's coast guard on Sunday said a group of migrants in distress in the Ionian Sea had refused to be rescued, amid widespread reports of illegal pushbacks.

The coast guard said the group of at least 56 asylum seekers were on board a sailing boat that ran into difficulty on Saturday in high winds near the island of Cephalonia.

"All through the day, the migrants radioed back that they would not accept any assistance from nearby vessels and from the Greek authorities," the coast guard said in a statement.

It was only after nightfall, and with weather conditions worsening, that the migrants agreed to be picked up by a passing Singapore-flagged tanker, the statement said.

The migrants were taken to the port of Igoumenitsa in northwestern Greece.

Details on their nationality were not immediately available.

Greece's coastguard says it rescued some 1,500 people in the first eight months of the year in Greek waters.

But rights groups calculate that hundreds more have been illegally pushed back without being allowed to even lodge asylum applications.