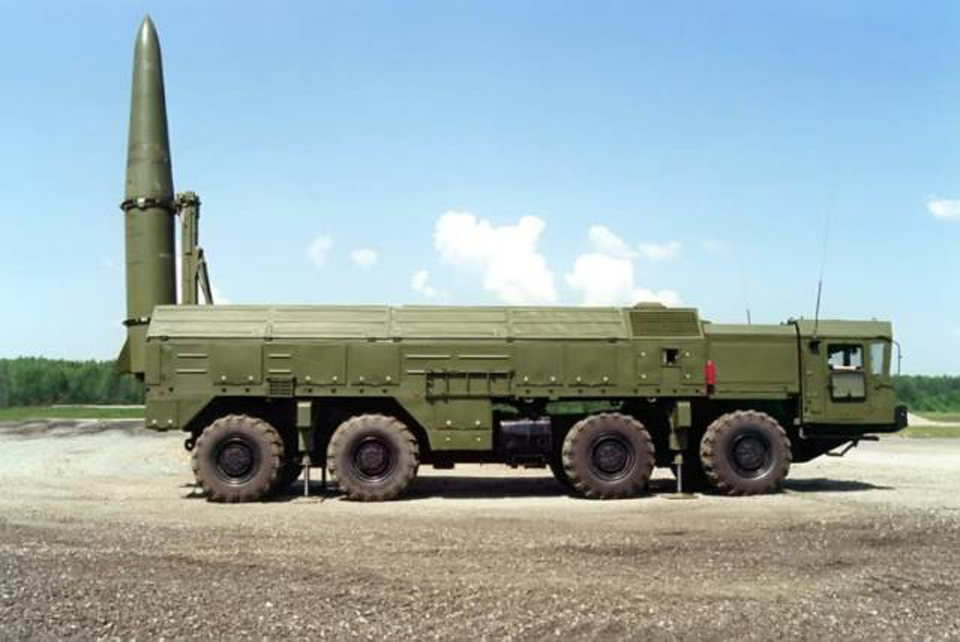 WASHINGTON, Oct 1, 2022 (BSS/AFP) - The United States would almost certainly discover ahead of time if Russia was preparing a nuclear strike on Ukraine, and Moscow might very well want it known, nuclear weapons experts say.

Russian President Vladimir Putin has raised the possibility of using nuclear weapons if Russia's "territorial integrity" or existence is threatened.

Moscow's declaration Friday that it was annexing four partly-occupied regions of Ukraine potentially meant Russia could consider responding to attacks on the claimed territory with a nuclear strike.

Should such an escalation materialize, it would probably be in the form of a smaller tactical nuclear weapon, likely launched on a short-range Iskander ballistic missile, according to experts.

While military analysts downplay Moscow's threats for now and US officials say they have seen no activity indicating such plans, Western defense and intelligence are closely watching to see if real atomic threats emerge.

Preparations for an attack would be evident, Pavel Podvig, a senior researcher at the UN Institute for Disarmament Research in Geneva, told AFP.

A 2017 report by the institute maps out 47 nuclear storage sites across Russia -- 12 national-level facilities and 35 base facilities.

These are monitored constantly by intelligence and military surveillance satellites of the United States and other countries.

They can even be watched closely by commercial satellites, as shown by the widespread, regularly updated imagery of activities at North Korean nuclear facilities.

Podvig says Russia has deployed its strategic or long-range nuclear warheads in the field, on missiles, bombers and submarines.

But its non-strategic or tactical nuclear weapons, which number as many as 2,000, are stored and not installed on delivery vehicles like the Iskander, according to Podvig.

"There are no Iskanders roaming around with nuclear-armed warheads. These weapons are in storage," he said.

"I'm confident the United States would see any Russian preparations for using nuclear weapons," said Mark Cancian, a former official in the US defense and energy departments who worked on nuclear weapons issues.

"The weapons need to come out of storage, the units involved need to be alerted, and the Russians might also alert their strategic nuclear forces," Cancian, now at the Center for Strategic and International Studies in Washington, told AFP.

He said evidence would also come from likely visible preparations for Russia's ground forces, issuing them protective equipment and instructions on how to act in a nuclear environment.

"All of this would be visible," he noted.

Podvig said Moscow, like Washington, has for decades embraced the need for disciplined management of its nuclear warheads, and that system is fairly strong and visible.

"We can be quite certain that there are no hidden facilities," he said.
"Nuclear weapons need a certain structure, people who are trained, and the maintenance. You cannot do that in a random place."

"Technically you could probably smuggle a couple of bombs out of a storage sight undetected," he said.

But doing so has risks, including provoking a preemptive attack from the West.

"The Russians will never be certain that it is undetected. That would be a gamble," said Podvig.

Moreover, he added, it is more likely that Russia would want the West to see its preparations as a warning.

"It would be the kind of escalatory step (and) Russia would want that to be visible," Podvig said.

The United States warned for weeks before the February 24 invasion that Russia intended to attack Ukraine, seeking to prepare Kyiv and allies -- and possibly deter Moscow from acting.

Would Washington warn the world openly if it detected Russia planning a nuclear assault? Doing so could spark unprecedented panic, not only in Ukraine but other areas that could be affected by radioactive fallout.

Such alarm could go global if people expected an escalation to transcontinental nuclear war.

The United States would almost certainly warn allies and other powers, including crucially China and India, hoping they would pressure Moscow to pull back or face international isolation.

But Washington would likely see issuing public warnings as useful in adding to pressure on Russia, according to Podvig.

"The strategy has to be based on isolation. The unacceptability of this has to be reinforced, that it is criminal," he said.