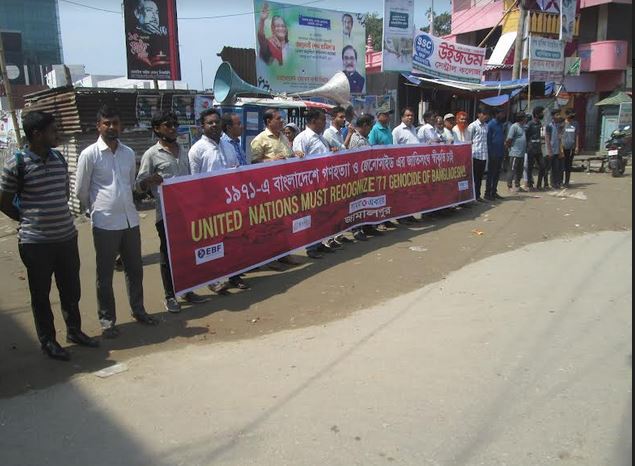 JAMALPUR, Sep 30, 2022 (BSS) - Demanding the recognition of United Nation (UN) about the genocide in Bangadesh during the liberation war in 1971, a human chain was formed in the town this morning.

‘Amra Ekattor’ Jamalpur, an organization, arranged the human chain along the main road in front of Sheikh Hasina cultural village in the town.

Participants at the human chain said three million people were killed by the Pakistani occupation forces during the liberation war in Bangladesh in 1971 "but we are yet to get its UN recognition". They demanded immediate recognition of UN in this regard.