Bridge to be built on Karatoa River soon: Sujan 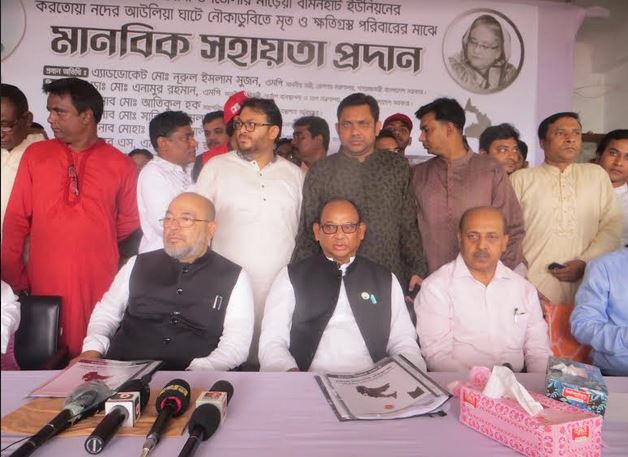 PANCHAGARH, Sept 30, 2022 (BSS) - Railways Minister M Nurul Islam Sujan has said a bridge would be built on the Karatoa River near Aulia Ghat in the district very soon to meet the long-cherished demand of the people of the region.

"Inhabitants of Boda and Debiganj upazilas were demading for long to build a bridge on the Karatoa River. We will be able to fulfill people's demand", he said.

The minister made the announcement at a function as the chief guest on Thursday while distributing cash money and other items among 69 families of a boat-capsize victims who died in the Karatoa River near Auliar Gat under Boda upazila of Panchagarh district on September 25.

State Minister for Disaster Management and Relief Dr. Md. Enamur Rahman was present as the special guest. The function was held on the premises of Marea Babonhat union parishad in Boda upazila, organised by district administration.

After the accident, Bangladesh Awami League stood beside the victim families according to the Prime Minister's direction, Suran said.