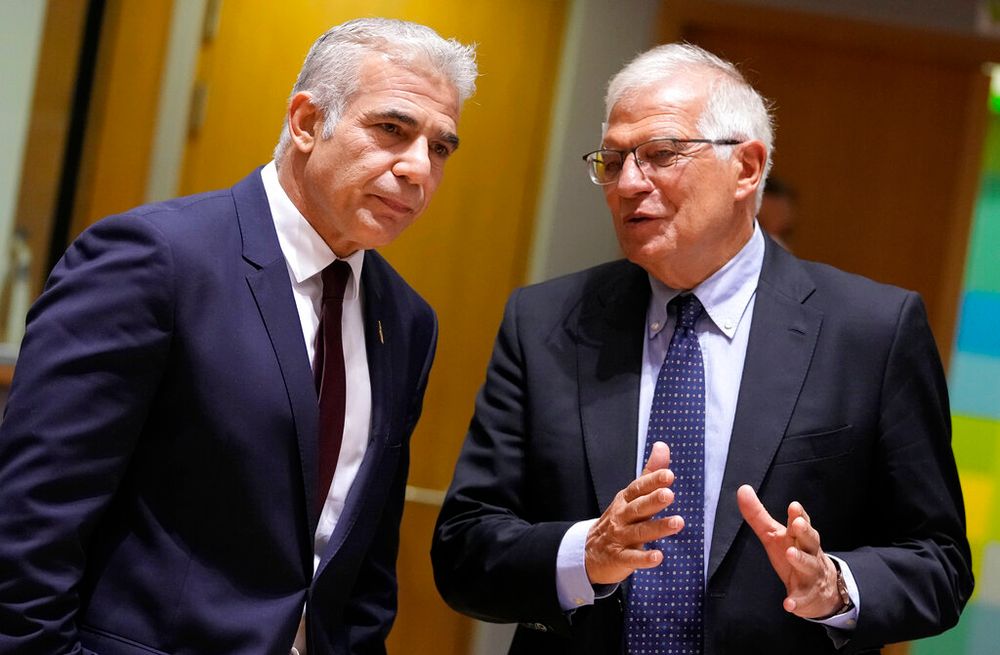 BRUSSELS, Sept 30, 2022 (BSS/AFP) - The European Union said Thursday it will next week hold the first meeting of its Association Council with Israel in 10 years, as Brussels looks to reset ties.

Israeli Prime Minister Yair Lapid will hold talks with EU foreign policy chief Josep Borrell in Brussels on October 3 "against the backdrop of global challenges such as Russia's military aggression against Ukraine", the EU said.

"The discussion will focus on issues such as trade, climate change, energy, science and technology, culture," the bloc said.

Talks would also engage on "the respect for human rights and democratic principles, freedom of religion as well as the fight against antisemitism," it said.

Meetings of the council have been frozen for a decade since Israel ditched them over the EU's opposition to expanding settlements in the West Bank.

The EU has been pushing for a "fresh start" with Israel since right-wing leader Benjamin Netanyahu was ousted from office in 2021 after 12 years in charge.

Borrell earlier said he "warmly" welcomed centrist Lapid's support for a two-state solution with the Palestinians at this month's United Nations General Assembly.

The EU statement said that the bloc hoped to "build on the momentum" at the upcoming meeting.

The EU's 27 nations have often struggled to find a common approach to the Israel-Palestinian conflict, with some backing Israel and others closer to the Palestinians.