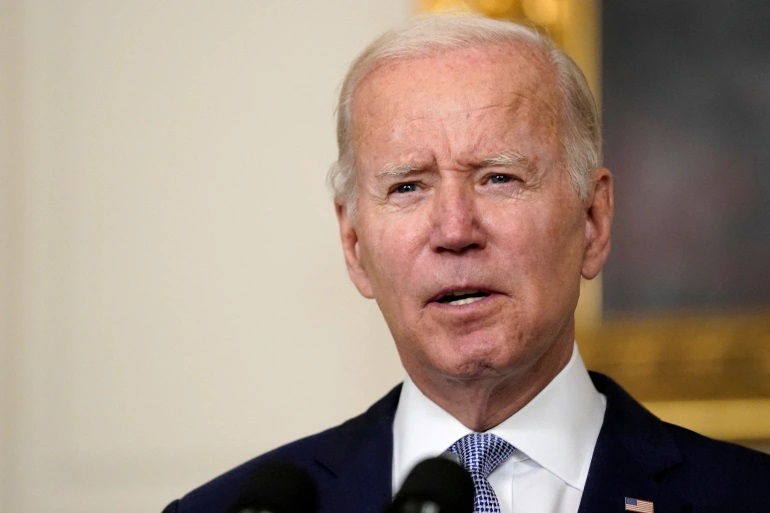 WASHINGTON, Sept 30, 2022 (BSS/AFP) - US President Joe Biden has struggled in domestic polls since last year but his foreign policy is earning higher marks in much of Europe as he leads efforts against Russia's invasion of Ukraine.

A 14-nation survey released Thursday by the German Marshall Fund of the United States said approval of Biden's foreign policy was higher than in the US in all countries surveyed except Italy and Turkey.

The highest approval was in Poland, a NATO ally on the frontlines of efforts to assist Ukraine, where 74 percent said they approved fully or somewhat of Biden's foreign policy and only 13 percent disapproved.

Approval for Biden's foreign policy was also above 60 percent in Lithuania, Romania, Portugal, Sweden and Germany. In the United States, 47 percent voiced support.

The trans-Atlantic survey found that 64 percent considered the United States to be the most influential actor in the world, a slight increase from a year earlier.

In one shift, the European Union came in second, edging out China, fueled by the growing number of Europeans who said the 27-nation bloc was the most influential world player.

The study also found tepid backing for military support to Taiwan if China invades the self-governing democracy, a possibility raised by Biden amid concerns fueled by the Ukraine war.

A mere seven percent of Americans favored sending troops to Taiwan in an invasion, a figure that was still higher than in any other country surveyed.

The survey was conducted mostly in late June and early July with an average of 1,500 respondents in each country.