Putin calls for Russia draft mistakes to be 'corrected' 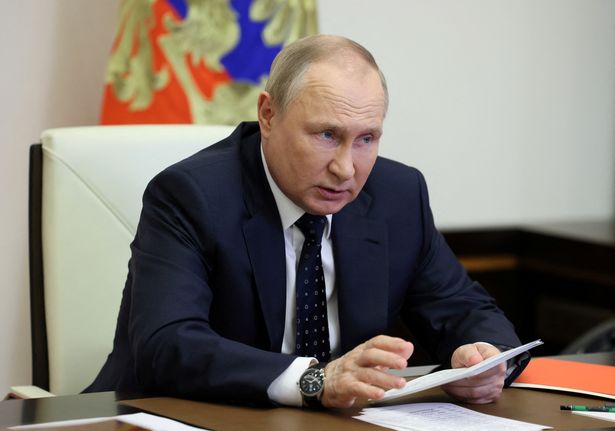 MOSCOW, Sept 30, 2022 (BSS/AFP) - Russian President Vladimir Putin Thursday called for mistakes in Russia's ongoing military mobilisation for the offensive in Ukraine to be "corrected", as discontent grows over the often chaotic conscription push.

Russian media and social networks have reported cases of the mobilisation of elderly people, students, the sick or conscripts without military experience.

Opposition to the drive has also sparked protests and the flight of thousands of men abroad.

"This mobilisation raises many questions. We must correct all the mistakes and ensure that they do not happen again," Putin said during a videoconference with his security council broadcast on Russian television.

The president gave the example of fathers of large families, people suffering from serious illnesses or very old people being summoned, despite these groups being exempted legally.

"If a mistake has been made, it must be corrected and those who were summoned without an appropriate reason should come home," Putin said.

On Monday, Kremlin spokesman Dmitry Peskov admitted there had been "mistakes" in the mobilisation, which was supposed to focus on 300,000 reservists with military experience or useful skills, such as truck drivers.

More than 2,400 people have been detained in demonstrations against the mobilisation in Russia since it was announced on September 21, according to the OVD-Info organisation.

Many Russians have also chosen to flee the country, causing large queues at the borders of Georgia, Kazakhstan, Mongolia and Finland.

Many flights were also booked up.