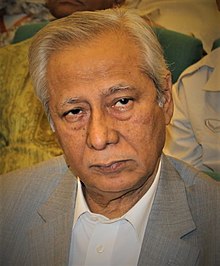 Apart from these, family of the former attorney general organized different programs marking the day. A memorial meeting will also be held on October 25 at the Supreme Court, he added.

Mahbubey Alam breathed his last on this day at Combined Military Hospital in Dhaka in 2020 at the age of 72.