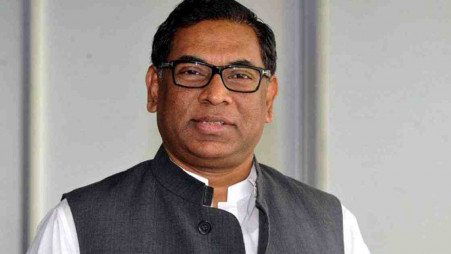 DHAKA, Sept 26, 2022 (BSS) – The government has been working relentlessly to import natural gas from different sources, saying State Minister for Power, Energy and Mineral Resources Nasrul Hamid that talks are going on with different countries for ensuring energy security in the country.

“We are holding bilateral and trilateral meetings to bring natural gas within this year and the next year under short term agreement,” he told BSS today.

At present, Nasrul said Bangladesh is getting LNG from Qatar and Oman under long term agreement, which will be valid till 2025.

Talking about offshore gas exploration, the state minister said the government is trying to review the PSC (Production Share Contract) agreement and go for biding by December this year.

“We gave contracts to two International Oil Companies (IOCs) for twice, but they have backed out due to lack of feasibility,” he said.

“Price of natural gas has been increased recent years so we need to explore in the deep sea side by side onshore exploration activities will also be strengthened,” the state minister said.