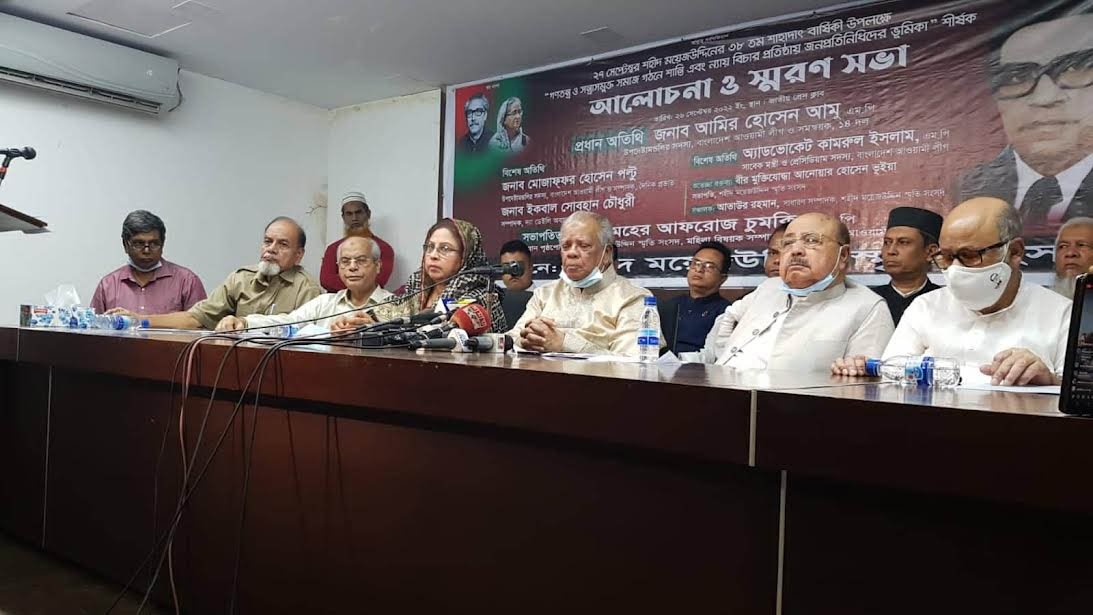 "The people will give their mandate in favor of Awami League President and Prime Minister Sheikh Hasina in upcoming national election," he hoped.

The veteran AL leader said irony is that those who created dictatorship in the country, they are not out to make the people learn what is democracy.

He said those who involved with politics of killings, they are making bigger talks now.

BNP founder military dictator Ziaur Rahman initiated vote manipulation through yes-no vote where there was no box for 'no' vote.

Terming BNP as the ghost of Pakistan, the veteran politician said BNP is hatching conspiracy in the country.

He urged all to remain alert about any kind of plot.

Moyez Uddin, father of Awami League Women Affairs Secretary Meher Afroz Chumki, was killed by a criminal gang on September 27 in 1984 while he was leading a protest procession at Kaliganj during the anti-autocracy movement.