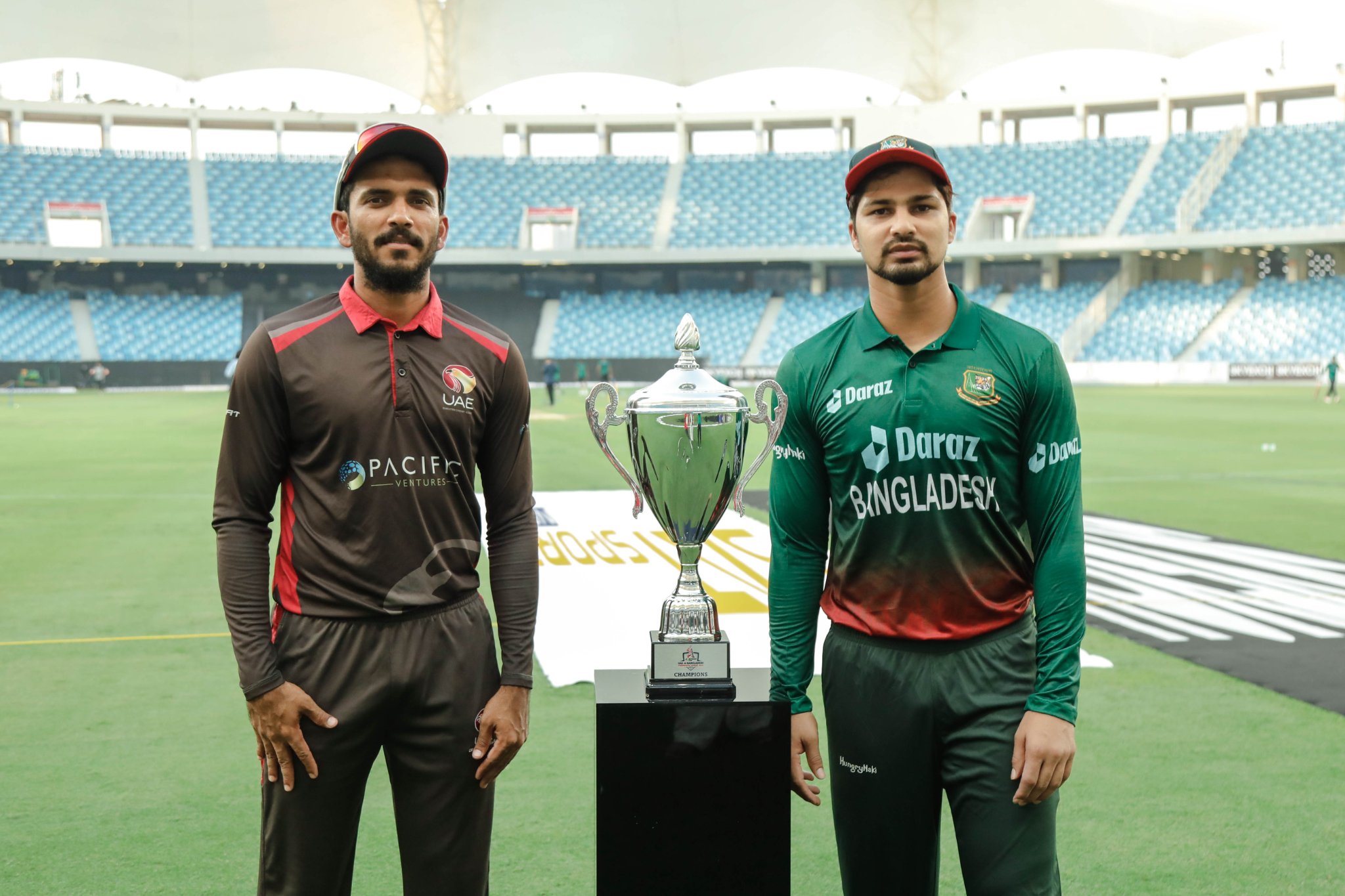 DHAKA, Sept 27, 2022 (BSS)—Bangladesh sought redemption in a bid to continue their winning streak when they will take on the hosts United Arab Emirate (UAE) for the second and final match today at Dubai International Cricket Stadium.

The match which starts at 8 PM will be live televised by private Television channel Gazi TV.

Improvement in the second game is imperative given how they scraped through to win the first game against the minnows UAE. The hosts took the game to the deep after Bangladesh posted 158-5, following a shaky start and indeed were hot favourite to win the game until the dismissal of Aayan Afzal Khan.

As the UAE were reduced to 124-8 in the 17th over, the game looked to tilt toward Bangladesh but No.7 Aayan along with No. 10 batter Junaid Siddique sprung a surprise, having shared 24-run which took them so close that made Bangladeshi fans shivering down the spine.

After making 25 off 17, Aayan was dismissed as Ireland entered to the last over, needing 11 runs to win. In the next delivery Ireland lost the last wicket to be shot out for 151 in 19.4 overs but the defeat was considered like a victory.

Despite winning the game, Bangladesh indeed showed no improvement in any department. Their batting still heavily relied on Afif Hossain who continued his good form to score 77 not out in Bangladesh’s total of 158. The still dropped easy catches and their ground fielding was extremely shoddy.

This was the match that Bangladesh played without any senior players after a quite long time but Afif Hossain didn’t think the senior’s absence made any impact as they even struggled against a minnow.

"There is no extra pressure on us even if we don't have a few senior players. We always have to play the best XI. I hope I can score runs in the next match as well,” Afif said after the match.

Afif felt that the wicket was difficult in the beginning which was why Bangladesh's top order crumbled quickly, losing half of the batting order for 77 runs. There was a fear of not getting enough capital but the unbeaten sixth wicket partnership between Afif and skipper Nurul Hasan Sohan who made 81 off 54 gave the side a total to defend.

"It was a little difficult in the beginning. The ball was gripping. The top order could not do well. I hope they will do well in the next match. It's not a problem at all.”

Bangladesh now won all of their two matches against UAW. Overall they played 134 matches, winning 46 and losing 85 while three matches ended in a no result.