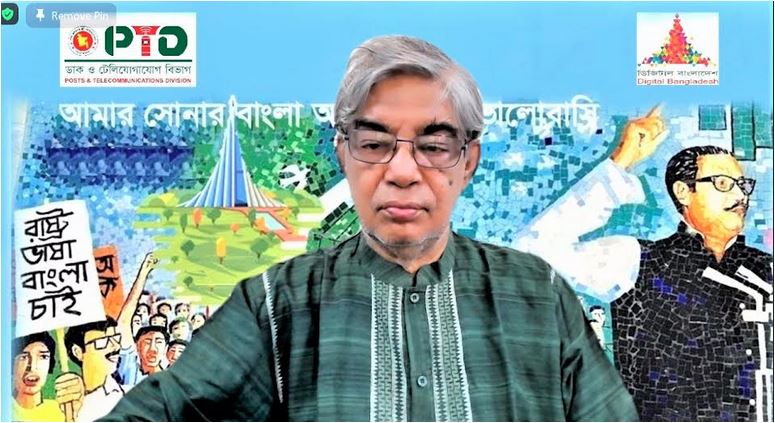 DHAKA, Sept 24, 2022 (BSS) - Posts and Telecommunications Minister Mustafa Jabbar today said the government has taken an initiative to bring the whole country under the high speed internet connectivity as a tool for the fifth industrial revolution (5IR).

"We are implementing a project for bringing all the villages under the high speed internet connectivity soon," he said.

Jabbar made the remarks while virtually speaking at a national policy dialogue titled 'safe use of technology in establishing peace and expanding democracy' organized by Bangladesh Enterprise Institute at city hotel here, said a press release.

To face the challenges of digital technology in future, there is no alternative to removing digital discrimination irrespective of towns and villages, and male and female, he said.

Noting that the days coming ahead are the days of robotics, artificial intelligence (AI) and internet of things (IoTs), the minister said all from children to elderly people should be digitally skilled.

Like other things, digital technology also has both positive and negative sides, Jabbar said, adding that guardians can minimize the negative impacts on children using digital devices by turning on the parental guidance option.

Presided over by Ambassador Humayun Kabir, Secretary of Youth and Sports Ministry Mesbah Uddin, Ambassador and Head of European Union Delegation Charles Whiteley spoke at the function, among others.

The speakers put emphasis on creating public awareness to ensure safe use of technology.