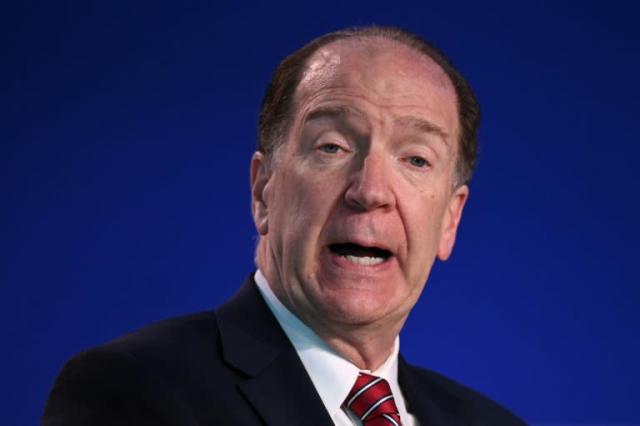 WASHINGTON, Sept 24, 2022 (BSS/AFP) - The White House on Friday rebuked the head of the World Bank David Malpass, who is battling charges of climate denial for dodging questions on the role of man-made emissions in global warming.

Under mounting fire, Malpass has rejected suggestions he might quit over the uproar -- and has moved to clarify his position several times in recent days.

"Look, it's clear that greenhouse gas emissions from human activity are adding to, are causing climate change," he told Politico Friday, affirming that none of the bank's member countries had asked him to leave and that he was "not resigning."

"The task for us, for the world, is to pull together the projects and the funding that actually has an impact," he said.

Malpass is a veteran of Republican US administrations and was tapped to lead the bank in 2019 by then-president Donald Trump, who famously and repeatedly denied the science behind climate change.

Climate activists have previously called for Malpass to be removed for what they say is an inadequate approach to the climate crisis -- but the chorus grew suddenly louder after his appearance at a New York Times-organized conference this week.

Asked on stage to respond to a claim by former US vice president Al Gore that he was a climate denier, Malpass declined multiple times to say whether he believed man-made emissions were warming the planet -- responding, "I'm not a scientist."

"We condemn the words of the president," Press Secretary Karine Jean-Pierre told a White House briefing in response to the incident.

"We expect the World Bank to be a global leader" on the climate crisis response, she said, adding that the US Treasury Department "has and will continue to make that expectation clear to the World Bank leadership."

Malpass has been seeking to course-correct since the row erupted earlier this week, and in an interview with CNN on Thursday he clearly acknowledged that climate-warming emissions were "coming from manmade sources, including fossil fuels, methane, agricultural uses and industrial uses."

"I'm not a denier," he told the network, saying his message had been "tangled" and he was "not always good at conveying" what he means.

But the uproar shows little sign of dying down, with the Union of Concerned Scientists the latest group to call for him to be "replaced immediately."

Pressed on whether President Joe Biden still has confidence in Malpass and media reports that some US officials are seeking his removal, Jean-Pierre said: "Removing him requires a majority of shareholders, so that's something to keep in mind."

"The US believes the World Bank must be a full partner in delivering on the aggressive climate agenda, poverty reduction and sustainability development. Again, Treasury will hold Malpass accountable to this position and support the many staff working to fight climate change."

Malpass's initial nomination faced intense criticism but since taking the role he has been a staunch supporter of aid and debt relief for the poorest nations, in addition to consistently noting the dangers from climate change.

In a speech in June where he warned about the overlapping crises facing the global community amid soaring inflation and debt distress, he emphasized the need to "effectively address climate change."

Even so, critics of the lending institution have grown increasingly loud.

"I am worried right now about the World Bank," the Nobel Prize-winning economist Joseph Stiglitz told AFP earlier this week.

"Unfortunately the World Bank has not taken the kind of global leadership that the world needs right now" on climate and other critical issues, said Stiglitz, himself a former chief economist of the institution.

The head of the World Bank is traditionally an American, while the leader of the other big international lender in Washington, the IMF, tends to be European.

Malpass is not the first leader of one of those institutions to come under fire for personal or professional behavior.

His predecessor Jim Yong Kim faced controversy over reforms and management of the Bank and then left early to join the private sector, while current IMF chief Kristalina Georgieva fell into hot water over changes made to data in a now discontinued World Bank report that painted China in a more positive light.