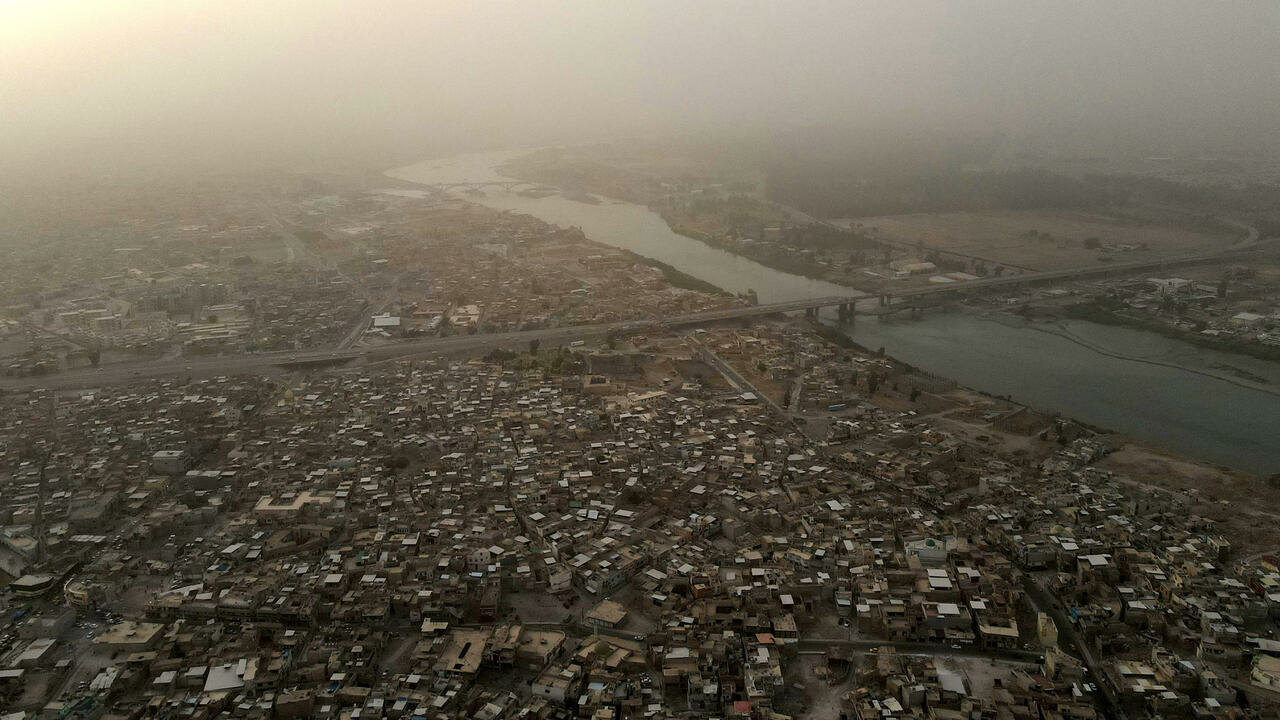 The World Health Organization this year said the MENA region had some of the poorest air quality on Earth.

The long-standing assumption was that the smog choking most of the region's cities was primarily composed of desert sand, given their location on the world's "dust belt" where there are frequently more than 20 major sand storms each year.

In 2017, an international team of researchers set off on an epic voyage across the eastern Mediterranean, through the Suez Canal and around the Gulf, using specialised equipment to analyse air quality and particulate matter on shore.

They found that the vast majority of small particles -- which can penetrate deep into the lungs, resulting in greater health risk -- were manmade, mainly from the production and use of fossil fuels.

Writing in the journal Communications Earth & Environment, they showed how the region is blanketed in particularly harmful compounds such as sulphur dioxide, which is a direct result of oil extraction.

Emissions from container vessels in one of the busiest shipping lanes in the world also contributed to the smog.

"We have refineries such as those in Saudi Arabia and the United Arab Emirates that are a big source of air pollution as well as ships on the Red Sea, and in the Suez Canal region," said Jos Lelieveld, lead study author from Germany's Max Planck Institute for Chemistry.

"So the combination of all of these means that the air is much more polluted than what most people hope it to be."

The team used health and mortality metrics to calculate the number of excess deaths caused by air pollution in the MENA region annually.

The percentage of fossil-fuel driven mortality varied between nations, with 5.9 percent of deaths in Cyprus attributable to air pollution versus 15.9 in Kuwait.

This is a far higher mortality rate than in other industrialised regions. The US and Germany, for example, have 3 percent and 3.7 percent mortality due to air pollution, respectively.

Region-wide, the team calculated that air pollution from fossil fuel use caused one in eight deaths, noting that air quality there "permanently exceeded" WHO guidelines.

"It is very comparable with things that are really of great concern, for example, tobacco smoking and high cholesterol, which are major health risks in the region," Lelieveld told AFP.

"And the realisation of this in the region is practically zero."

He said that while governments in the region counted on fossil fuel production for the majority of their income, the time would come when the health costs due to pollution compounded growing pressure to decarbonise their economies.

"They're not stupid, they know that fossil fuels will end at some point," said Lelieveld.

"I'm hoping this is an additional incentive."