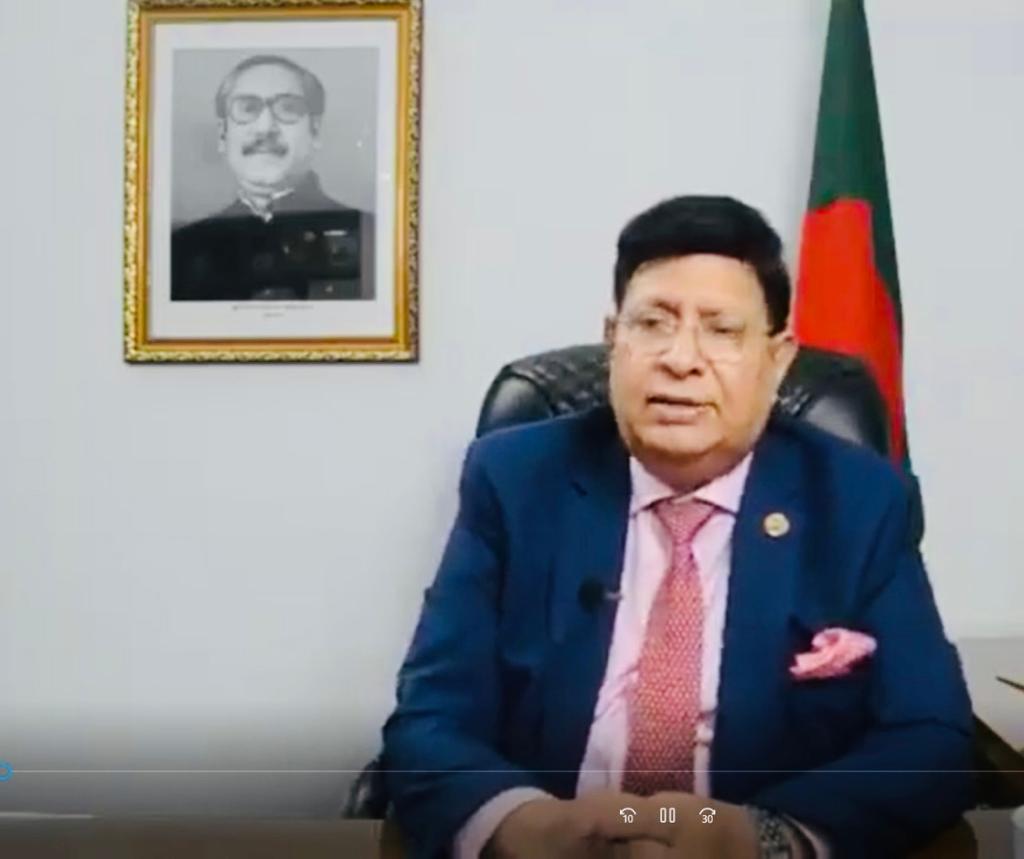 DHAKA, Sept 22, 2022 (BSS0 - Foreign Minister Dr. AK Abdul Momen has said Bangladesh is working for getting recognition of March 25 as the International Genocide Day by all the countries in the world.

"The Genocide of Bangladesh committed in 1971 by the Pakistani military is one of the most heinous crimes in human history ... we do not know of another instance of such barbarism of such intensity and mayhem," he said.

The foreign minister made the remark through a video message at a seminar titled International Seminar titled 'Remember and Recognize: The Case of Bangladesh Genocide of 1971' which was held at the Human Rights Museum, Winipeg in Canada on Wednesday, according to a press release received here today.

The High Commission for Bangladesh in Canada and the Bangabandhu Centre for Bangladesh Studies (BCBS) in Canada, Liberation War Museum, Bangladesh, Genocide Studies Centre, University of Dhaka, Refugees Resilience Centre and Rotary Club Canada jointly organized the daylong seminar on remembering and recognition of the case of Bangladesh Genocide.

Some members of the victim families of the Genocide also spoke at the Seminar.

Professor Dr. Nuzhat Chowdhury described the abduction of her father Dr. Alim Chowdhury by collaborators of Pakistan military, the Rajakars, and his subsequent brutal killing just before the independence of Bangladesh.

She explained the international politics behind the dilemma of getting Bangladesh Genocide recognised and urged for end to such realpolitik.

He described how the Bengali intellectuals were made victim of genocide committed by Pakistani military.