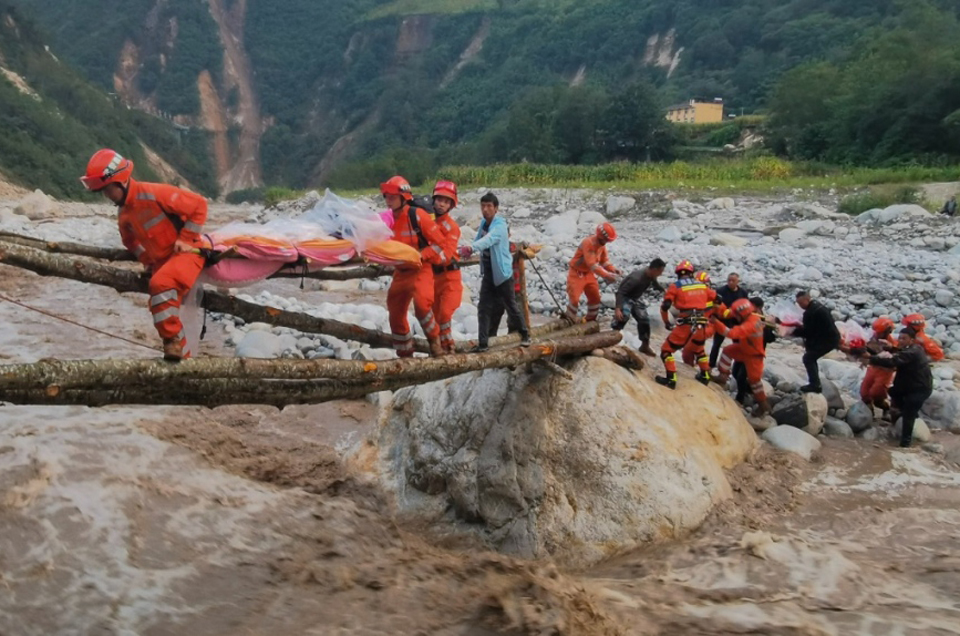 BEIJING, Sept 22, 2022 (BSS/AFP) - A Chinese worker who tended to his injured
colleagues following a deadly earthquake and then got lost in the mountains
has been rescued 17 days later.

The 6.6-magnitude quake struck southwestern Sichuan province earlier this
month, killing at least 93 people and forcing thousands to be resettled into
temporary camps.

Gan Yu, an employee at Sichuan's Wandong hydropower plant, was found alive
but injured on Wednesday by a local villager, state-owned China National
Radio (CNR) said, calling the rescue a "miracle of life".

Gan was on duty with his co-worker Luo Yong on September 5 when the quake
hit, and the pair stayed behind to give first aid to injured colleagues and
prevent flooding by releasing water from the dam.

They attempted to leave the remote power station, walking for around 20
kilometres (12 miles).

But Gan -- who is severely short-sighted -- had lost his glasses during the
quake and struggled to navigate the mountainous terrain, CNR said.

"We took our clothes off, strung them on tree branches and waved them
around," Luo told CNR.

They eventually decided that Gan should stay put while Luo went looking for
assistance.

Luo helped make Gan a bed of moss and bamboo leaves and left him some wild
fruit and bamboo shoots to eat before the two men separated.

Luo was found by rescuers on September 8 after using a fire to attract a
helicopter's attention, but by the time Gan's temporary shelter was
discovered on September 11, he had disappeared.

Finding only discarded clothing and footprints, the rescuers feared Gan had
succumbed to hypothermia.

Earlier this week, local farmer Ni Taigao returned to his village at the foot
of the mountain where the power plant is located and heard about the hunt for
Gan.

The villager put his local knowledge to use and joined the search on
Wednesday morning. After just two hours of trekking, he heard Gan's faint
cries and soon spotted him lying under some trees.

It took the other rescuers several more hours to reach Gan, who was flown on
Wednesday to a nearby hospital where doctors found he had suffered multiple
bone fractures, according to official broadcaster CCTV.

Footage from CCTV showed a shaken-looking, gaunt Gan confirming his name and
gingerly eating a snack offered by rescuers.