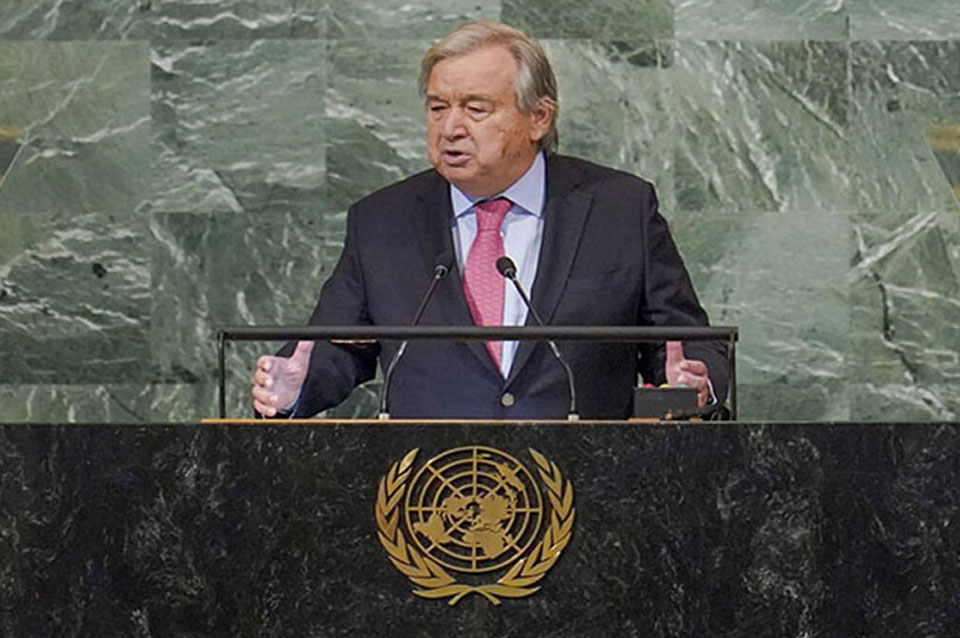 UNITED NATIONS, United States, Sept 22, 2022 (BSS/AFP) - The United Nations chief said Wednesday it was time for "meaningful action" on the issue of compensation for damage wrought by the climate crisis, especially in developing countries.

"My messages were stark," Guterres told reporters at the UN General Assembly following the meeting.

"On the climate emergency: The 1.5-degrees limit is on life support -- and it is fading fast," he said, referring to the Paris accord goal of limiting long-term warming to 1.5C above pre-industrial levels.

"You have all seen the appalling images from (flooding in) Pakistan. This is happening at just 1.2 degrees of global warming, and we are headed for over three degrees."

He called on governments to tackle "four burning issues" between now and COP27: greater ambition to keep the 1.5C possible; meeting financial commitments to the developing world; increasing support for adaptation measures, and the issue of "loss and damage."

This last point has become a critical area in climate negotiations. It concerns damage already caused by multiplying extreme weather events, which neither the measures to mitigate global warming nor those to adapt to its impacts have been able to prevent.

Developing nations argue that historic polluters have a moral imperative to pay for the loss and damage, but the idea was shot down by rich nations at COP26, who offered only to start talking about the issue at COP27.

A few days ago, the group of least developed countries meeting in Dakar once more pushed on the issue, calling for the establishment of a "funding mechanism" to deal with the damage caused by global warming.
"I hope COP27 in Egypt will take it up, as a matter of climate justice, international solidarity and building trust," said Guterres.