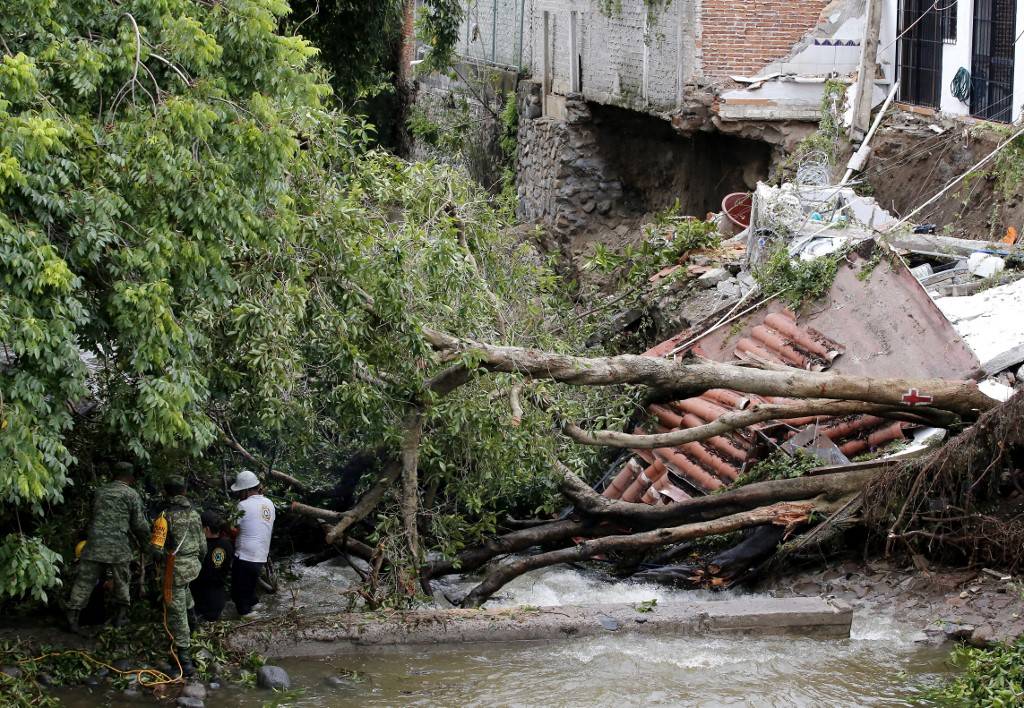 MEXICO CITY, Sept 21, 2022 (BSS/AFP) - Two people were killed and more than
3,000 buildings were damaged by a powerful 7.7 magnitude earthquake that
struck Mexico on the anniversary of two devastating tremors, authorities said
Tuesday.

A woman died of injuries caused by a falling wall in Manzanillo in the
western state of Colima, civil defense national coordinator Laura Velazquez
told reporters.

A man was killed by falling debris in a shopping center in the same city
during Monday's earthquake, which caused buildings to shake and sway in
Mexico City.

President Andres Manuel Lopez Obrador said it was lucky that the death toll
was not higher.

"It was a tremor of considerable intensity," he said.

The epicenter was located near the Pacific coast, around 400 kilometers (250
miles) west of the capital and 59 kilometers south of Coalcoman in the state
of Michoacan, according to seismologists.

The depth was estimated at 15 kilometers.

At least 26 people received hospital treatment in Michoacan, where
authorities reported damage to 3,161 houses as well as several dozen
education and health centers.

Nine people were injured in Colima, where more than 150 houses and other
buildings were damaged, officials said.

There were hundreds of aftershocks, the most powerful of which was magnitude
5.8, according to the national seismological agency.

The earthquake struck less than an hour after millions of people in Mexico
City participated in emergency drills on the anniversary of two previous
disasters.

"It was very scary. I thought, on the 19th again, it can't be," said Laura
Plaza, a retired teacher.

On the anniversary of that earthquake in 2017, a 7.1 quake left around 370
people dead, mainly in the capital.

The timing of Monday's tremor was no more than a coincidence, the national
seismological agency said.

"There is no scientific reason to explain it," it added.

Mexico sits in the world's most seismically and volcanically active zone,
known as the Ring of Fire, where the Pacific plate meets surrounding tectonic
plates.

Mexico City, which together with surrounding urban areas is home to more than
20 million people, is built in a natural basin filled with the sediment of a
former lake, making it particularly vulnerable to earthquakes.

The capital has an early warning alarm system using seismic monitors that
aims to give residents enough time to evacuate buildings when earthquakes hit
seismic zones near the Pacific Coast.