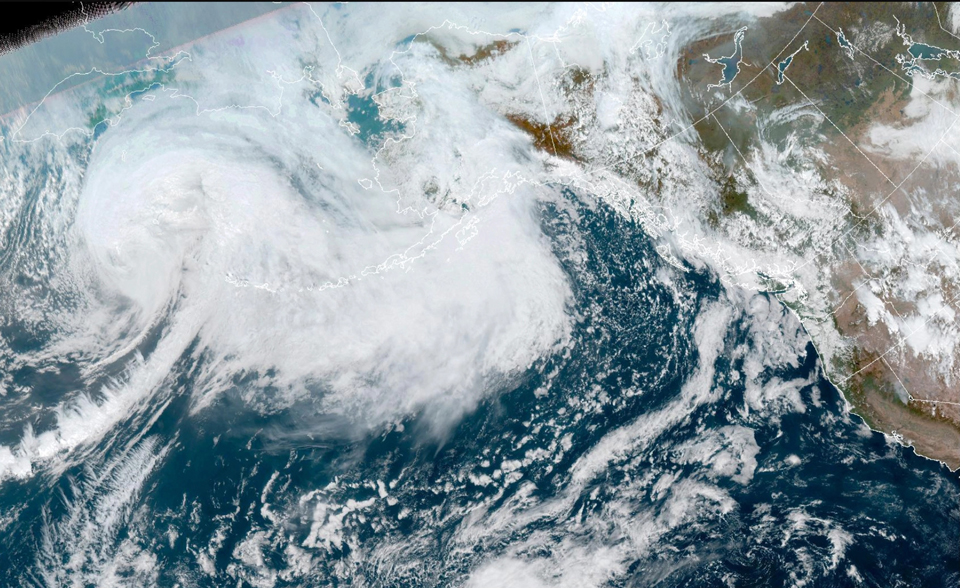 The remnants of Pacific Typhoon Merbok have created one of the strongest storms to impact the region at this time of year in decades and are expected to batter the coast throughout the weekend.

"Flooding will get worse," the service's Fairbanks, Alaska office tweeted.

There were no immediate reports of injuries or deaths Governor Mike Dunleavy said as he declared a disaster for impacted communities.

"This is easily the strongest storm this early in the autumn in the past 50 years in the Bering Sea," Rick Thoman, a climatologist at the University of Alaska-Fairbanks, told AFP via email.

In the coastal village of Golovin, the Fairbanks office said, "water is surrounding the school, homes and structures are flooded, at least a couple homes (are) floating off the foundation."

Images on social media showed considerable damage. Footage on CNN showed one house floating down a river before being wedged under a bridge.

The NWS described "a very angry sea" along the coast around Nome, with a tidal surge approaching 11 feet (3.3 meters), the highest since a 1974 flood.

Wind gusts as high as 90 miles per hour (145 kilometers per hour) have been recorded, the NWS said, with stronger gusts expected later.

The NWS office in Anchorage reported seas of up to 41 feet late Friday.

Analysts were describing the storm as of historic dimensions.

"There has been extensive damage from flooding and high winds at numerous communities along the west of Alaska. This includes damage to homes and other buildings (and) flooding of airports," Thoman said.

With the storm on a northward track, flood warnings remain in effect until 10:00 pm Saturday (0600 Sunday GMT) in southern coastal areas and until 8:30 am Sunday in northern regions, NWS officials said in a briefing on Facebook.