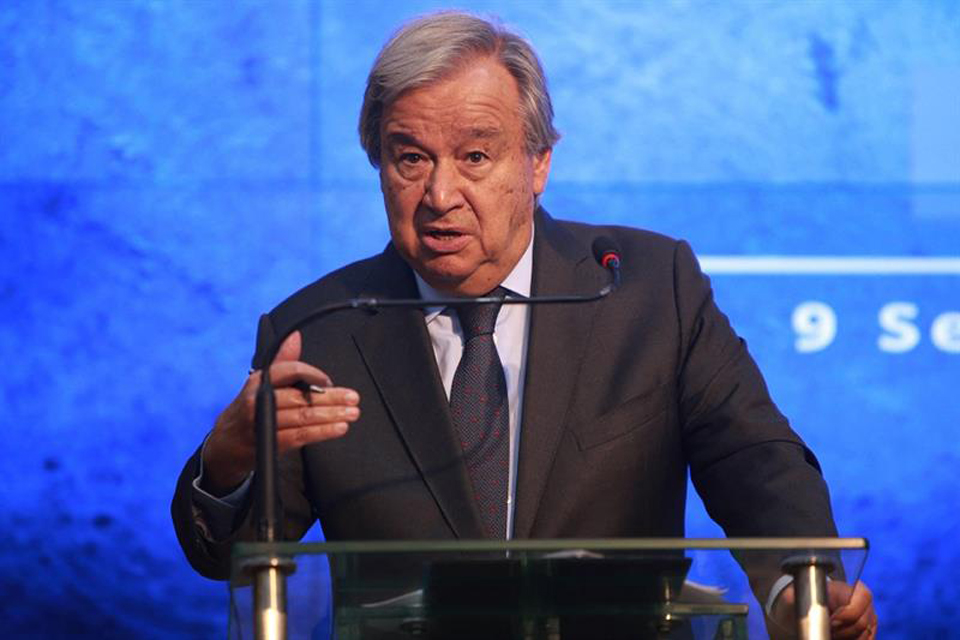 UNITED NATIONS, United States, Sept 15, 2022 (BSS/AFP) - The UN chief on Wednesday made an urgent appeal to world leaders to act on climate change and "lower the temperature" so as not to "drown" the world, after visiting flood-hit Pakistan.

"I have just returned from Pakistan, where I looked through a window into the future -- a future of permanent and ubiquitous climate chaos on an unimaginable scale," Secretary-General Antonio Guterres told a news conference days before dozens of global leaders were due to arrive in New York for the UN General Assembly High-Level Week.

"What is happening in Pakistan demonstrates the sheer inadequacy of the global response to the climate crisis, and the betrayal and injustice at the heart of it."

Nearly 1,400 people died in flooding in Pakistan that covers an area the size of the United Kingdom and wiped out crops and destroyed homes, businesses, roads and bridges.

Guterres said on his visit he had "never seen climate carnage" on such a scale, blaming wealthier countries for the devastation.

"If one-third of G20 countries was under water today, as it could be tomorrow, perhaps they would find it easier to agree on drastic cuts to emissions."

He hit out at big fossil fuel companies as well, accusing them of "killing the planet to rake in the most" possible.

The secretary-general also lamented divisions in the international community, saying, "Geostrategic divides are the widest they have been since at least the Cold War.

"They are paralyzing the global response to the dramatic challenges we face," including war, climate change, poverty, hunger and inequality, he said.

"The solidarity envisioned in the United Nations Charter is being devoured by the acids of nationalism and self-interest."