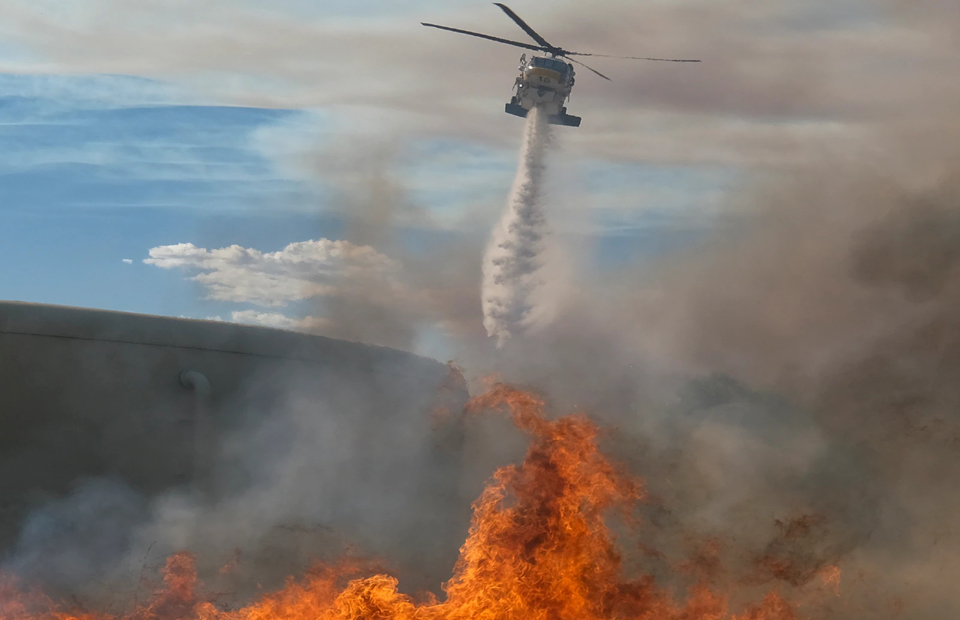 HEMET , United States, Sept 11, 2022 (BSS/AFP) - California firefighters were
able to beat back a massive wildfire outside Los Angeles after a tropical
storm brought rains and cooler temperatures, US authorities said on Saturday.

The blaze erupted on Monday at the midpoint of a ferocious heat wave in the
southwestern United States, scorching 28,000 acres (11,300 hectares) and
destroying more than 20 buildings.

The remnants of storm Kay, which made landfall Thursday in Mexico as a
hurricane before rolling north up the Pacific Coast, brought rains that
helped calm the fire.

"Fire activity has been greatly reduced due to the moisture from Tropical
Storm Kay," a statement from Cal Fire, the California Department of Forestry
and Fire Protection, said.

Authorities warned, however, that the rains brought a risk of flash flooding
and mudflows in areas where burned-out soil cannot absorb the sudden
downpour.

The western United States is more than two decades into a historic drought
that scientists say is being worsened by human-made climate change.

Much of the countryside is parched and overgrown, creating the conditions for
hot, fast and destructive wildfires.