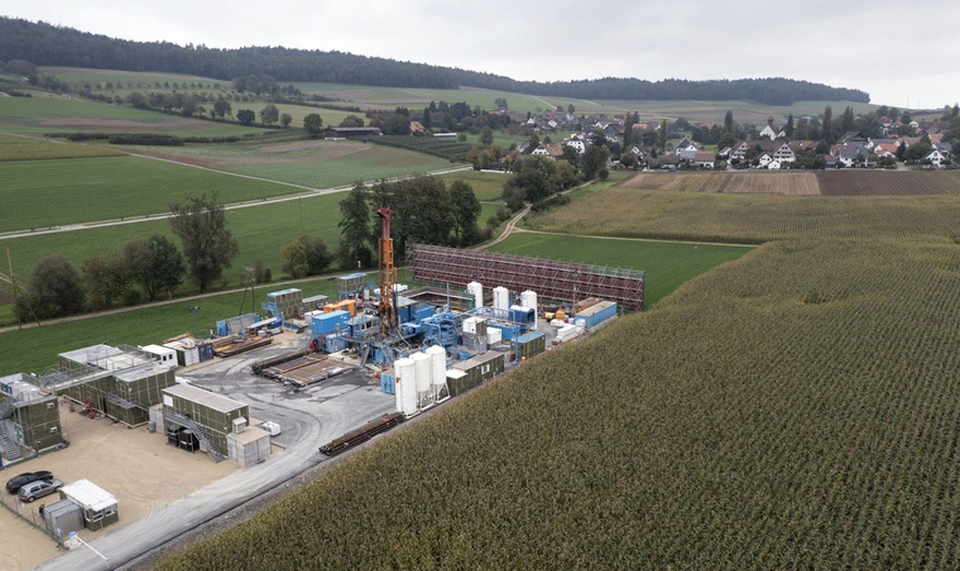 GENEVA, Sept 11, 2022 (BSS/AFP) - Swiss authorities have selected a site in northern Switzerland, not far from the German border, to host a deep geological storage repository for radioactive waste, they said Saturday.

After nearly 50 years of searching for the best way to store its radioactive waste, Switzerland is gearing up for its "project of the century", entailing burying spent nuclear fuel deep underground in clay.

The organisation in charge of handling the country's radioactive waste said Saturday it had decided that the Nordlich Lagern region was the best of three sites it had been considering for the underground storage facility.

We "chose Nordlich Lagern as the safest site for a deep geological repository," Felix Glauser, a spokesman for the National Cooperative for the Disposal of Radioactive Waste (Nagra), told AFP in an email, confirming a report by Swiss news agency Keystone-ATS.

"Extensive investigations have shown that Nordlich Lagern is the most suitable site and has the largest safety reserves," he added.

Nagra has informed the local population directly and is expected to present its proposal to the Swiss government on Monday, Keystone-ATS reported.

The Swiss government is not due to make the final decision until 2029, but that is unlikely to be the last word as the issue would probably go to a referendum under Switzerland's famous direct democracy system.

Swiss nuclear power plants have been pumping out radioactive waste for more than half a century.

But following the 2011 nuclear accident at the Fukushima power station in Japan, Switzerland decided to phase out nuclear power gradually: its reactors can continue for as long as they remain safe.

For now, the waste is being stored in an "intermediary depot" in Wurenlingen, some 15 kilometres from the German border.

With the new facility, Switzerland hopes to join an elite club of countries closing in on deep geological storage.

So far, only Finland has built a site, in granite, and Sweden gave the green light in January to build its own site for burying spent nuclear fuel in granite.

In Switzerland, a projected 83,000 cubic metres of radioactive waste, including some high activity waste, will have to be buried.

This volume corresponds to a 60-year operating life of the Beznau, Gosgen and Leibstadt nuclear power plants, and the 47 years that Muhleberg was in operation before closing in 2019.

Filling in the underground nuclear waste tombs should begin by 2060, followed by several decades of close monitoring.

The site would be sealed some time in the 22nd century.