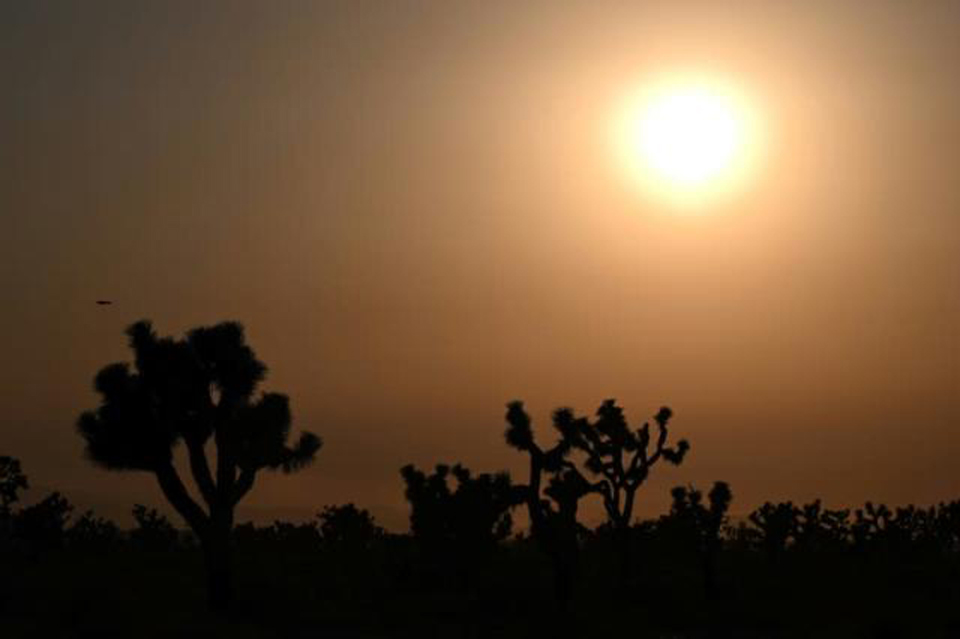 LOS ANGELES, Aug 31, 2022 (BSS/AFP) - A "dangerous" heat wave was taking hold of the southwestern United States Tuesday, with punishing temperatures expected for the next week.

Forecasters said the mercury could reach as high as 112 Fahrenheit (44 Celsius) in the densely populated Los Angeles suburbs as a heat dome settles in over parts of California, Nevada and Arizona.

"A prolonged period of excessive heat will significantly increase the potential for heat related illnesses, particularly for those working or participating in outdoor activities," the NWS said.

"Those without access to adequate or reliable cooling or hydration will be at most risk, but much of the population could be susceptible to impacts as well."

Nighttime temperatures are not expected to offer much relief, with lows struggling to get below 80 Fahrenheit in many places.

Things were heating up in and around Los Angeles on Tuesday, with inland areas already experiencing stifling temperatures.

But, said David Sweet, a meteorologist at the NWS in Oxnard, California, it is going to get worse.

"We're looking at a heat wave starting on Wednesday and continuing through at least Monday of next week," he told AFP.

"During that time, we'll be looking at conditions hot enough to warrant an excessive heat warning," he added.

It is not unusual for southern California to experience heat waves in September, but temperatures above 100 Fahrenheit are considered hot even for a place almost perpetually baked by sunshine.

The heat wave comes after swathes of the southwest were lashed with torrential rains over recent weeks.

Some areas, including the notoriously dusty Death Valley, suffered flooding, and one person died after being swept away in Zion National Park in Utah.

Heat waves are getting hotter and more intense, while storms are getting wetter and, in many cases, more dangerous.