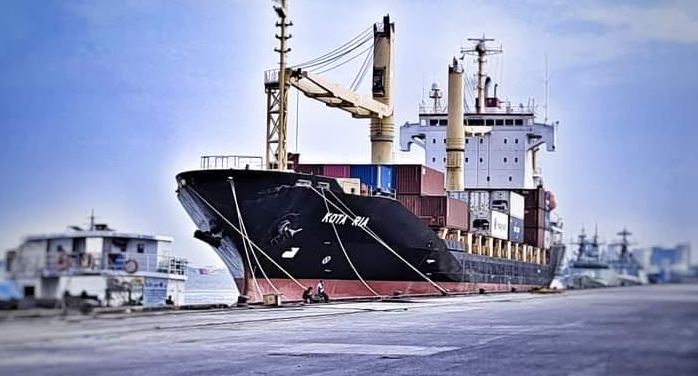 Huge readymade garment items, shrimp, vegetables, fruits and other items have already been exported during last two months through this port, the official said.
Talking to BSS, Md Makruzzaman, Secretary to the Mongla Port Authority (MPA) told BSS that Mongla Port has turned into an international standard port after being taken huge modernization projects here.

“A total of 60 percent imported cars came through this port during last two months, capability of cargo handling has been increased several times compared to previous months and the businessmen have been showing their keen interest to use this port as distance between Dhaka to Mongla now stands only 170 kilometers while Dhaka to Chittagong stands at 260 kilometers,” he said.

He, however, said foreign ships between 9.5 meters to 10.0 meters wide are now capable to anchor at the Harbaria, entry point of the Mongla Port jetty near the Bay of Bengal, also known as outer bar, after completion of dredging.

But, the MPA are now facing trouble to complete 23.4 kilometers inner bar dredging from Harbaria dredging area to port jetty as a vested quarter has obstructed to keep sands at the river side during the Pashur River dredging.

When contacted, Chairman of the Mongla Port Authority Rear Admiral Mohammad Musa told BSS that the government has taken many initiatives to enhance the ability of the Mongla Sea Port.

“The port sees the arrival of record number of foreign ships due to the intervention of Prime Minister Sheikh Hasina, special directives from the Shipping Ministry, cooperation by Mongla Port users and hard works by the employees of the organization,” he said.

Number of foreign ships in the port has been increasing day by day after inauguration of the Padma Bridge and industrialization boosted up in the area centering Padma Bridge, Mongla Port and Rampal Power Plant. Investors are importing different production materials like machineries, cement clinkers, cars, fertilizers and equipments for industrialization, he added.