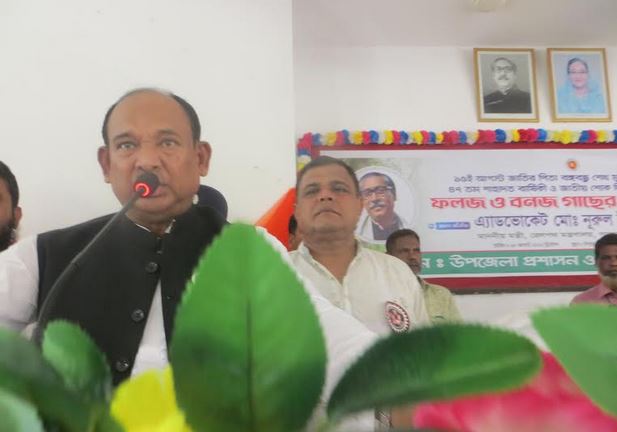 “There is no alternative to planting trees to protect our environment and resist natural disasters,” he said while distributing 5000 tree saplings among the farmers in separate functions in Debiganj and Boda upazilas of Panchagarh district marking 47th martyrdom anniversary of Father of the Nation Bangabandhu Sheikh Mujibur Rahman here today.

The minister gave 5000 tree saplings from his own fund and he gave allocations from TR project for nursing trees.

The minister urged all for plant trees side by side the government.

Later, the minister distributed tree saplings among the farmers.