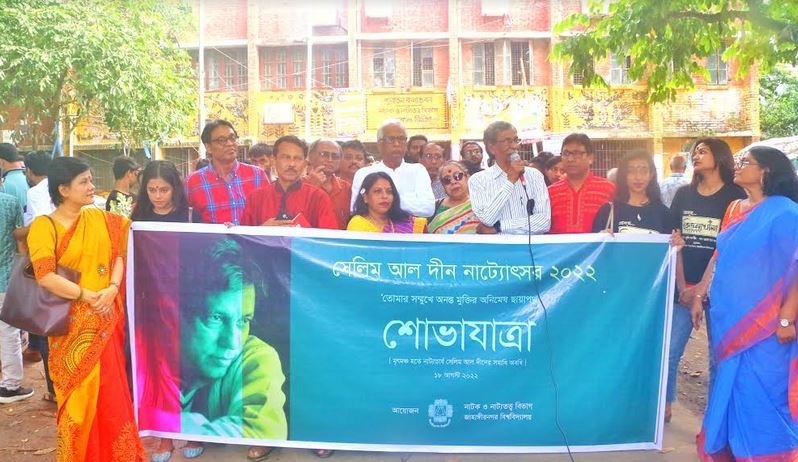 Marking the day, Drama and Dramatics Department of the university brought out a rally from old Arts faculty building premises in the morning.

Parading main streets of the campus, the rally ended at the grave of Selim Al-Deen beside the central mosque of the campus following placing of floral wreaths around 11am.

Besides, JU Drama and Dramatics department organized a five-day theater performances exhibition to mark the day.

Selim Al Deen, fondly referred to as 'Natyacharya;, was born on August 18,  1949 in Feni. He joined Jahangirnagar University in 1974 at the Bangla department and later became the founder chairperson of the Drama and Dramatics Department of the university.