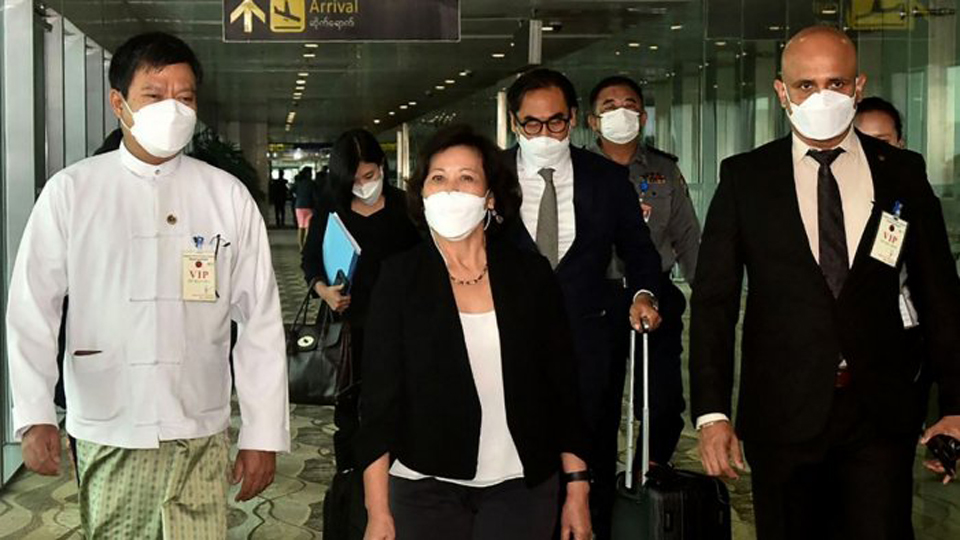 NAYPYIDAW, Myanmar, Aug 17, 2022 (BSS/AFP) - The UN's new special envoy for
Myanmar set out for meetings with junta officials on Wednesday but did not
respond to questions about whether she would seek to meet ousted leader Aung
San Suu Kyi.

Noeleen Heyzer's visit to the crisis-wracked country, which began on Tuesday,
"will focus on addressing the deteriorating situation and immediate concerns
as well as other priority areas of her mandate," the UN has said.

It was not clear whether she would try to meet Suu Kyi, who has been detained
since the military's coup and on Monday received another prison term in a
secretive junta court -- raising her total sentence to 17 years.

Heyzer did not respond to AFP's request for comment on who she would meet on
Wednesday as she left her hotel in a motorcade escorted by police and
plainclothes security forces.

Myanmar has been embroiled in turmoil since the military seized power in
February 2021, prompting fierce resistance and spawning informal militias.

Diplomatic efforts to resolve the crisis led by the UN and the regional
Association of Southeast Asian Nations bloc have made little headway, with
the generals refusing to engage with opponents.

Schraner Burgener had called for the UN to take "very strong measures"
against the military and was the target of regular broadsides in Myanmar's
state-backed media.

Military leaders blocked her from visiting the country, where she had hoped
to meet with Suu Kyi.

In December state media reported the junta had closed her Myanmar office,
saying her work in Myanmar had "concluded".

There have been no reports in state media about whether Heyzer will be
allowed to open an office in the country.