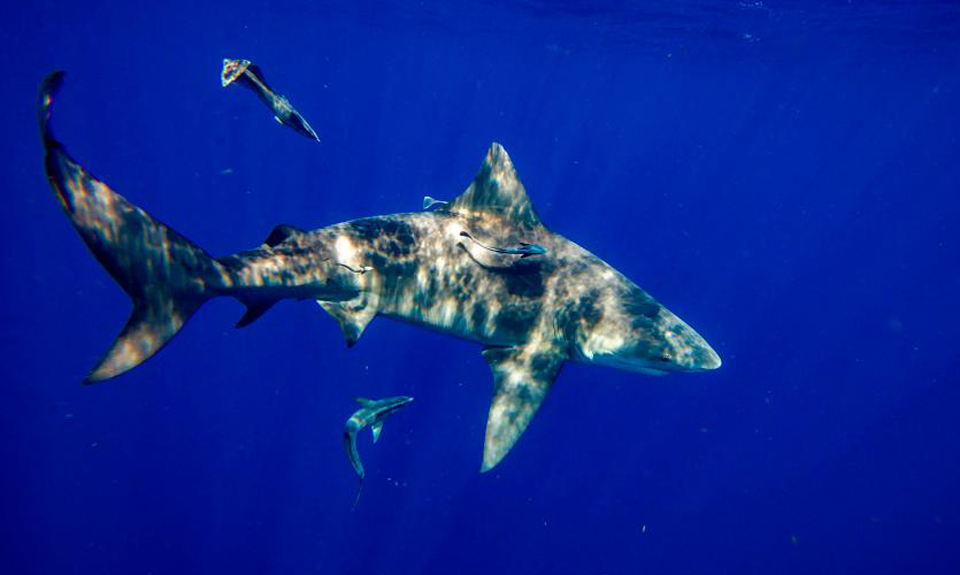 WASHINGTON, Aug 17, 2022 (BSS/AFP) - A 10-year-old boy had part of his leg amputated after being bitten by a shark while snorkeling on vacation in the Florida Keys, his family has said.

Jameson Reeder Jr. was attacked on Saturday at Looe Key Reef, the Florida Fish and Wildlife Conservation Commission said in a statement.

A Facebook post by his uncle Joshua Reeder said Jameson had gone on a boat trip with his parents and three other siblings and was snorkeling in a shallow reef when he "took a crushing blow below his knee," by what they believed was an eight-foot-long bull shark.

Jameson was able to hold on to a noodle float and was rescued by his father, who applied a tourniquet to the leg and flagged down another, faster boat that raced the family ashore.

The boy was then airlifted to the Miami Children's Hospital where a medical team saved his life but was forced to amputate the leg below the knee.

"He is now out of surgery and resting," wrote Joshua Reeder, crediting Jameson's strong religious faith for helping him to survive the ordeal.

A GiveSendGo appeal by the family for financial assistance had surpassed its target of $50,000 as of Tuesday afternoon.

While a higher than normal number of shark encounters off the coast of New York this summer have attracted attention, the overall risk of being bitten by a shark remains low.

Global trends are now roughly stable after rising slightly over the past 30 years, partly due to increased recreational activity by humans, and recovery of vulnerable shark populations.

Last year, there were 73 unprovoked attacks globally, according to the Florida Museum. Nearly every attack is a result of mistaken identity as sharks do not intentionally target humans.

Most attacks in the United States occur off the Atlantic coast of Florida, home to choppy waters and bait fish that several shark species feed on.