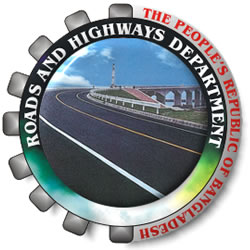 "Probe committee found negligence of contracting company concerned over BRT girder collapse in its primary investigation. Therefore, the toughest measure will be taken against the company," he said at a conference room of RTHD at the secretariat here.

Pointing out the faults of the constructors, he said they were working on the holiday (on that day) without taking any security measures where they were not supposed to work on holiday.

If they want to work under rules, then they have to submit a work plan where involvement of persons concerned and number of cranes will be included, he said, adding that besides, they have to inform the police in this regard.

But, they did not follow all these procedures, he said.

He said there is no opportunity of conducting such kind of work without taking any security measure.

"We will issue letter (against the contracting company) by today for taking toughest measure.  Only fining them is not the only thing to do against them for such big loss. If toughest measure is taken, then their license will be cancelled," he continued.

"We are waiting for the final report in this regard," he added.

He said there is a chance to take measures again those officials who were in charge on that day for monitoring.