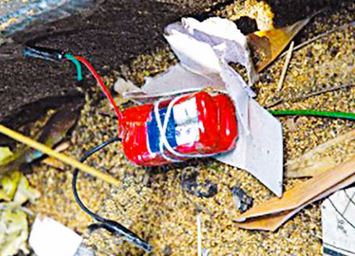 Two persons were killed and over 50 people wounded as the outfit carried out the bomb attacks at about 500 points in all districts except Munshiganj on August 17 in 2005.

Different socio-cultural organizations and political parties will observe the 17th anniversary of the serial blasts in a befitting manner with a renewed call to stamp out militancy from the country.

Police said 159 cases were lodged in different parts of the country over the blasts.

Trial in 94 cases has already been completed in which 334 people were sentenced with different jail terms while trial in 55 cases against 386 JMB operatives were under trial, the sources said.

A total of 349 accused in the serial blasts were acquitted of the charges, it added.

Twenty-seven accused in the serial blasts were handed down with death penalty and eight of them were hanged.

The JMB had shown their existence to the nation by carrying out the series blasts on August 17, 2005. But their organizational activities suffered a huge setback with the execution of death sentences of JMB's top six leaders in 2007.