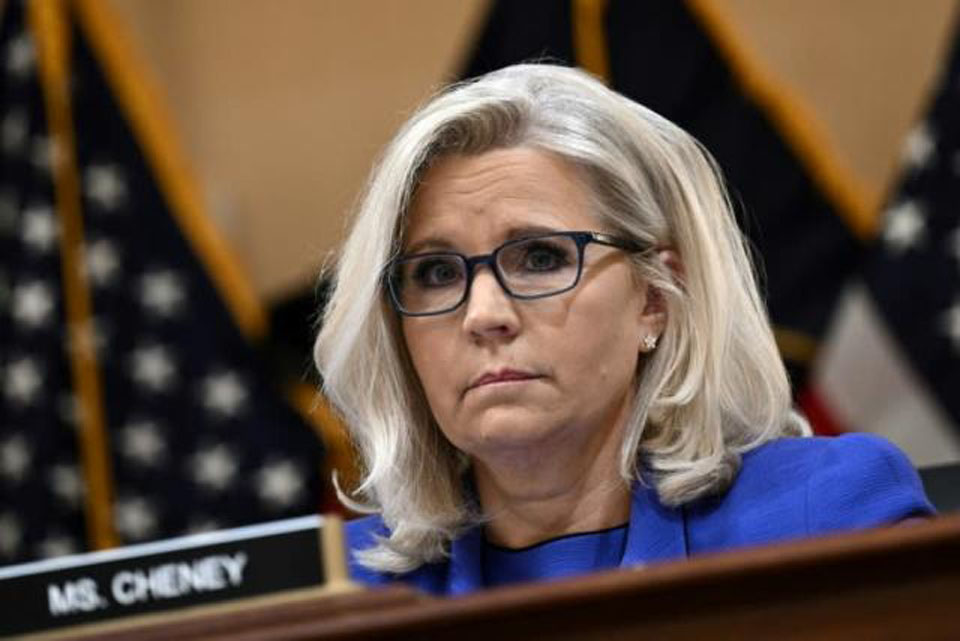 "Cheney's time is done," said Mike Schaefer, a 37-year-old resident of the capital Cheyenne, who is put off that "she's so against Trump."

In Washington, the congresswoman co-chairs a House of Representatives committee probing the role Trump played in the violent attack by his supporters on the US Capitol on January 6, 2021.

Maintaining a martial tone, Cheney has been working for more than a year to dismantle the theory promoted by Trump and his allies that the 2020 election was "stolen" from the former president -- a conceit that millions of supporters still believe, despite stacks of evidence to the contrary.

"America cannot remain free if we abandon the truth," said Cheney, who promised to do everything possible to ensure Trump never reached the Oval Office again.

She hopes to be reelected on Tuesday to her seat in Wyoming, where more than 70 percent of voters cast their ballot for Trump in the last presidential election against Joe Biden.

In retaliation for her role in the House committee probe, Trump has made her his bete noire.

And he has pulled no punches, calling Cheney "disloyal" and a "warmonger," and throwing his full support behind her opponent, Harriet Hageman, a 59-year-old lawyer with whom he campaigned in May.

It doesn't matter that Cheney, daughter of former vice president Dick Cheney and scion of the traditional right wing, is pro-gun or anti-abortion. In Wyoming, the least populated state in America, she is no longer on solid footing.

Her part in investigations into Trump and his entourage have prompted death threats and she now travels with a police escort.

The blonde, bespectacled 56-year-old has been made a pariah by the Wyoming Republican Party, whose chairman himself participated in the protests on the day of the Capitol assault.

"Liz is representing the constituents that are in her mind, and they aren't the constituents of Wyoming," said Mary Martin, chairwoman of the Republican party in Teton County -- Cheney's Wyoming base.

In her state, the first to grant women the right to vote in 1869, as recalled by a large mural in downtown Cheyenne, the congresswoman has been forced to run a kind of shadow campaign, with no election rallies or public events.

Recent polls put her 20 or even 30 points behind her Trumpist competitor, who grew up on a ranch, and embodies, according to Martin, "the cowboy ethos of Wyoming": "hardworking," "honest" and committed to "our resources and our land."

Leaning on his imposing red motorcycle, Bill Gonzales, 59, is one of the few voters crossed by AFP to defend Cheney's record, saying she "has stood up for what is proper within the country."

"We live in the United States of America. And our elections are secure. Our elections are fair. And anybody who says they're not is lying, plain and simple," said the local government official, who is a registered Republican and a lifelong Cheyenne resident.

"If Ms. Cheney wins, I guarantee you a number of people are going to say the election is rigged," he said.