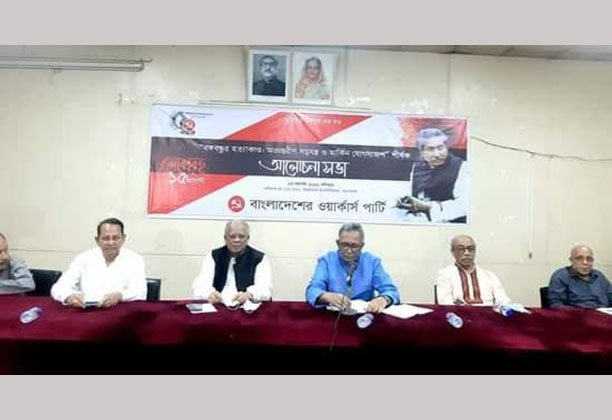 "Activities of Zia and Mostaque cleared who hatched conspiracies and were beneficiaries after Bangabandhu's assassination," he said.

The AL leader said this while addressing a discussion organized by Workers Party of Bangladesh at Engineers' Institute in the city to mark the National Mourning Day and the martyrdom anniversary of Bangabandhu, said a press release here.

Amu said the conspiracy of August 15 in 1975 is still going on since repeated attempts have been made to kill Bangabandhu's daughter Prime Minister Sheikh Hasina.

Speaking at the discussion, Jatiya Samajtantrik Dal President Hasanul Haq Inu said killing of Bangabandhu was not merely killing an individual rather it was a conspiracy of making Bangladesh the second Pakistan.

"Ziaur Rahman did the work in a planned way. The constitution still bears the scars of the communal military regime," he added.

Noting that Bangabandhu had banned the politics in the name religion, he said, but Zia restored it.

Presided over by Workers Party General Secretary Fazle Hossain Badsha, poet and journalist Sohrab Hasan spoke at the discussion, among others.