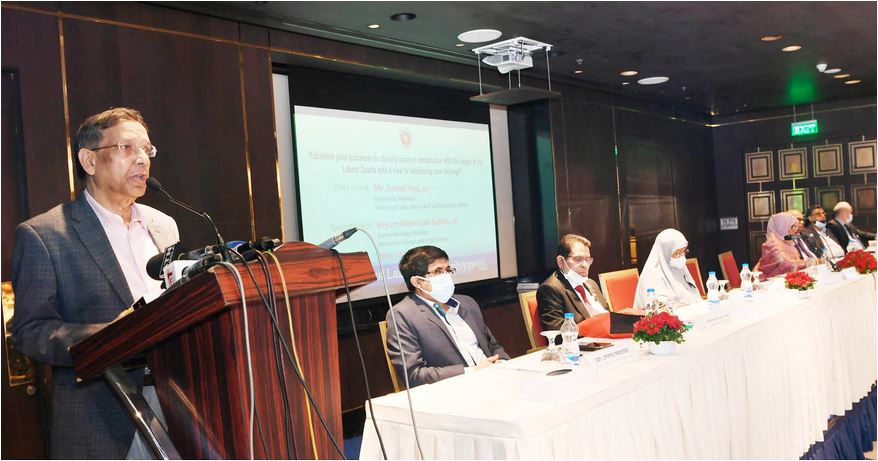 DHAKA, Aug 13, 2022 (BSS) –A framework has been readied for forming a commission to unearth the behind the scene plotters of August 15, 1975 carnage that saw the brutal assassination of the nation’s founding father Bangabandhu and most of his family members, said  Law, Justice and Parliamentary Affairs Minister Anisul Huq.

“The commission will start working by the end of this year,” the law minister told journalists after joining a workshop at a city hotel.

Labour and Employment Ministry organised the workshop styled ‘Establish pilot process to classify cases in consultation with the judges of the labor courts with a view to addressing case backlogs”.

Asked about the progress of forming the commission, Huq said it is an important thing to take decision on the constitution of the commission and its procedure.

He hoped that they would be able to hold talks with policymakers over the framework and the commission will begin its work by the end of this year.

The law minister said holding talks with policymakers on the issue delayed due to coronavirus situation and the current economic matters.

“The commission won’t be constituted for witch hunting or vindictive measures. The commission will be formed to let the new and future generation know the heinous efforts were carried out in 1975 to change the course of future Bangladesh and who were involved with the brutal killings,” he said.

Besides, another target of the commission is to let the new generation know the thing that they would have to be cautious about whom, he added.

Turning to bringing back fugitive killers of Bangabandhu, the minister said they would continue their efforts until the assassins are brought back.

Since other governments, apart from Awami League, were in power for long, so the ruling party is facing various difficulties to bring back killers, he mentioned.
These problems would have to be resolved one after another and that is why it has not been possible to bring them back the killers quickly, he said.

About the August 21 grenade attack cases, he said the government is considering the cases with much importance as the cases were disposed in lower court after 14 years of the attacks, he said.

Now quick hearing would be held on the cases in the high court, he said.