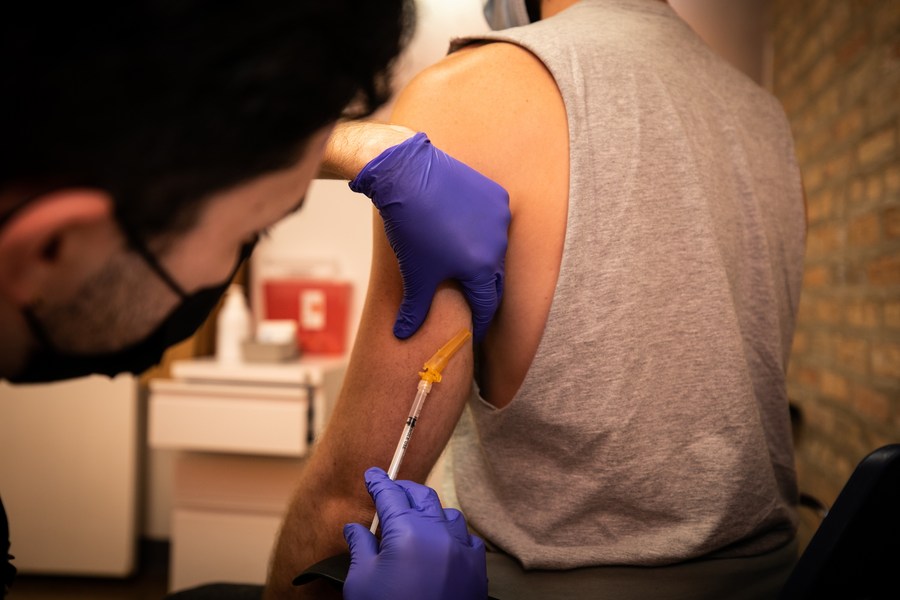 LOS ANGELES, Aug 10, 2022 (BSS/XINHUA) - New data published in the Morbidity and Mortality Weekly Report and gathered by the Centers for Disease Control and Prevention (CDC) showed that 99 percent of monkeypox cases in the United States are in males.

The report released on Aug. 5 also showed that 94 percent of those male infected patients reported male-to-male sexual or close intimate contact during the three weeks before symptom onset, and racial and ethnic minority groups appear to be disproportionately affected.

Moreover, the data from the report, which was gathered from reported cases of the virus in the United States from May 17 to July 22, showed that clinical presentations of some patients differed from typical monkeypox, with fewer persons experiencing prodrome and more experiencing genital rashes.

These epidemiologic details should guide treatment and vaccine protocols, the authors of the study said, adding "current findings indicate that community transmission of monkeypox is widespread and is disproportionately affecting gay, bisexual, and other men who have sex with men; this is consistent with data reported from other countries."

It noted that although the largest proportion of cases have occurred in white persons, Black and Hispanic persons, who represent 34 percent of the general population, accounted for more than one half (54 percent) of confirmed monkeypox cases.

As of Monday, the United States had the world's most number of confirmed cases of monkeypox, which stood at 8,934. It is likely that the figure is a severe undercount because of the lack of testing.