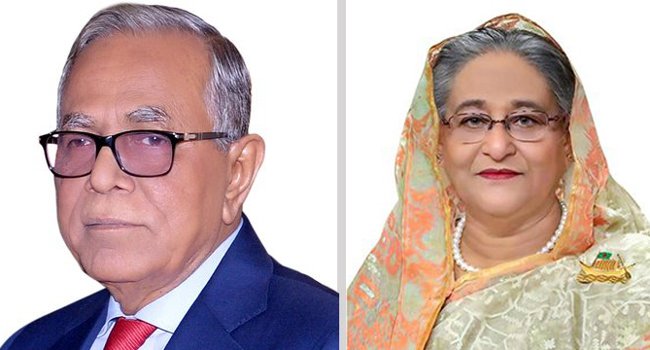 The World Breastfeeding Week is observed across the country to create awareness about the beneficial aspects of breastfeeding.

The theme of the week this year is 'Step up for Breastfeeding, Education and Support'.

In his message, the President said there is no alternative to breastfeeding for the normal growth of children.

Besides, adequate precautions should be taken while providing alternative baby food to children, added the head of the state.

The government has also enacted Baby Food (Marketing Control) Act, 2013 and it's Rules-2017 to control the substitutes of baby food, he said.

He said the government has provided maternity leave with six months' salary to ensure safe breastfeeding of the baby.

The participation of women in various professions in Bangladesh has increased tremendously, he said.

He urged all the government and non-governmental organizations to create a favorable workplace so that mothers could breastfeed their children safely and comfortably.

The Prime Minister, in her message, said the current Awami League (AL) led government is committed to increasing the rate of breastfeeding and sustaining maternal and child nutrition development programmes to build a healthy and talented generation.

"We have brought maternal and child health services to people's doorsteps through community clinics and union health centers," the premier added.

According to the World Breastfeeding Trends Initiative (WBTI) report of 2020, Bangladesh is in the green zone and secured the 1st place in the world by getting a score of 91.5 out of 100 among 97 countries, she continued.

She hoped that with the collective efforts of all, the government will soon achieve the Sustainable Development Goals (SDGs) on Maternal and Child Nutrition.

She urged all concerned including the Ministry of Health and Family Welfare, the Institute of Public Health Nutrition and Bangladesh Breastfeeding Foundation (BBF) to work together with the aim of strengthening the progress of making children of all levels of the country to take only breast-milk for six months, feeding complementary foods alongside breastfeeding after six months and continuing breastfeeding up to two years.