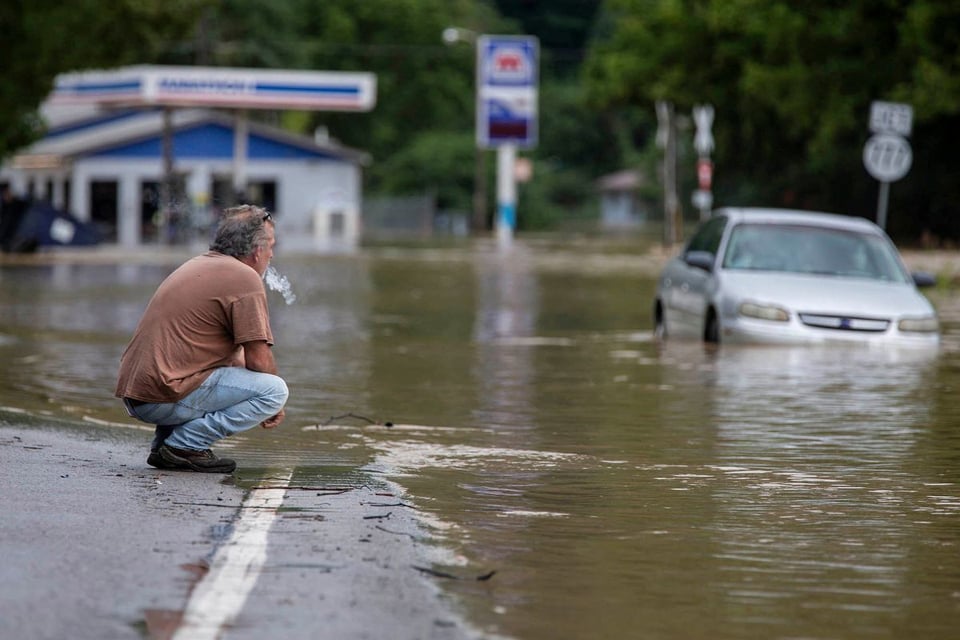 LOS ANGELES, Aug 6, 2022 (BSS/AFP) - Major flooding in California's Death Valley on Friday stranded approximately 1,000 people, buried cars and shut down all roads into and out of the famously parched national park.

No injuries were reported, according to the National Park Service, but around 60 cars were bogged down under several feet of debris.

"Unprecedented amounts of rainfall caused substantial flooding," the National Park Service said in a statement, adding that "there are approximately 500 visitors and 500 staff currently unable to exit the park," which is in Eastern California's Mojave Desert.

The floodwaters tore up sections of paved roads and pushed dumpster containers into parked cars, causing the vehicles to collide. The rain also flooded offices and hotels, the park said.

The park service added that all roads serving the park will remain off-limits until officials can determine the extent of the damage.

A total of 1.46 inches (3.7 centimeters) of rain fell in the park's Furnace Creek area, almost tying the previous daily record of 1.47 inches. The average annual rainfall is less than two inches a year.

According to UN climate experts, even if the world manages to limit warming to 1.5 degrees Celsius, some regions will experience an increase in frequency, intensity and quantity of heavy rainfall.

The risk of heavy precipitation episodes increases with temperature rise.