One or two killers of Bangabandhu to be brought back soon: Kamal 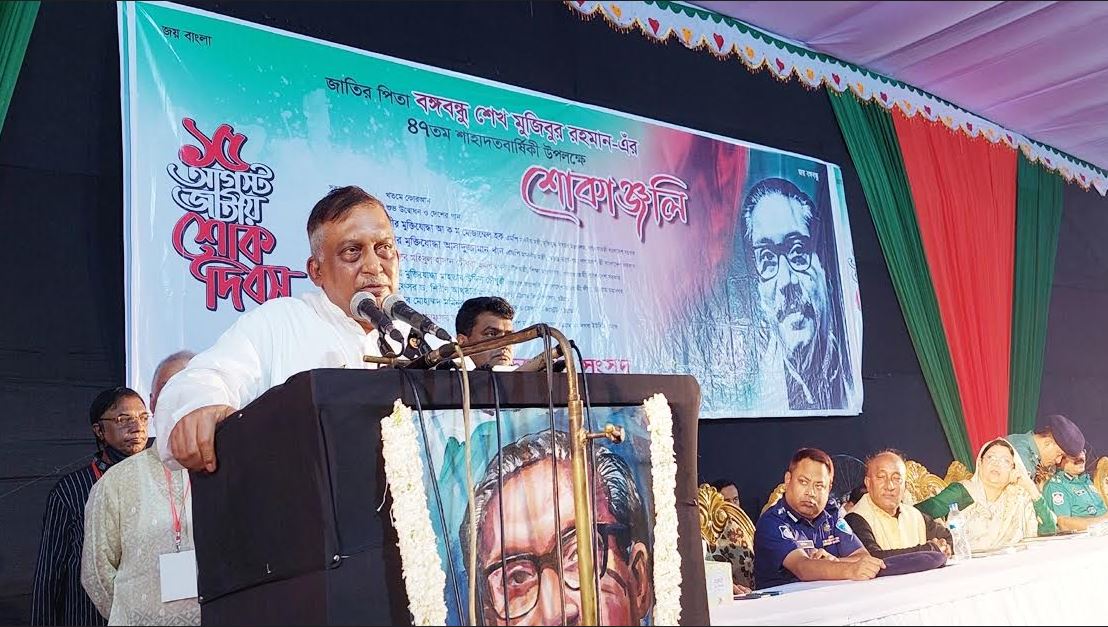 CHATTOGRAM, Aug 5, 2022 (BSS) - Home Minister Asaduzzaman Khan Kamal said today that one or two killers of Bangabandhu will be brought back to the country soon.

He was inaugurating a six-day mourning program marking the 47th martyrdom anniversary of Bangabandhu Sheikh Mujibur Rahman as the chief guest organized by Bangladesh Muktijoddha Sangsad Chattogram city and District Unit this afternoon.

He said Bangladesh would have become a developed country earlier if Bangabandhu had lived.

Remembering the role of Chattogram during Liberation War, the Home Minister said that they responded to the call of Bangabandhu with infinite courage.

"Bangabandhu's daughter rewarded them for that sacrifice. Freedom fighters are being given various opportunities including government allowances," he added.

Asaduzzaman Khan Kamal said unarmed Bengalis fought an armed war by the call of Bangabandhu and liberated the country. Therefore, the country is home to all faiths including Hindus, Muslims, Buddhists and Christians.

"In this country everyone will have equal rights in all spheres of nation life. Many people are talking a lot by distorting history. Efforts were also made to erase the name of Bangabandhu. We have seen many scenes. I can never forget the scene of killing Bangabandhu. I will never forget August 15," he added.