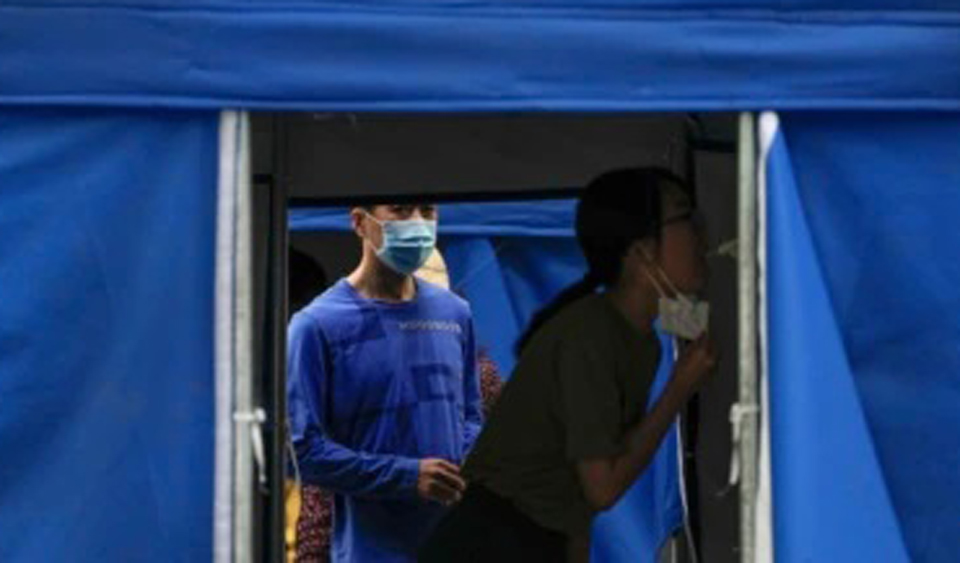 PARIS, Aug 5, 2022 (BSS/AFP) - One in eight people who get coronavirus develop at least one symptom of long Covid, one of the most comprehensive studies on the condition to date suggested on Thursday.

With more than half a billion coronavirus cases recorded worldwide since the start of the pandemic, there has been rising concern about the lasting symptoms seen in people with long Covid.

However almost none of the existing research has compared long Covid sufferers with people who have never been infected, making it possible that some of the health problems were not caused by the virus.

A new study published in The Lancet journal asked more than 76,400 adults in the Netherlands to fill out an online questionnaire on 23 common long Covid symptoms.

Between March 2020 and August 2021, each participant filled out the questionnaire 24 times.

Of those with Covid, over 21 percent had at least one new or severely increased symptom three to five months after becoming infected.

However nearly nine percent of a control group which did not have Covid reported a similar increase.

This suggested that 12.7 percent of those who had Covid -- around one in eight -- suffered from long-term symptoms, the study said.

The research also recorded symptoms before and after Covid infection, allowing the researchers to further pinpoint exactly what was related to the virus.

One of the study's authors, Aranka Ballering of the Dutch University of Groningen, said long Covid was "an urgent problem with a mounting human toll".

"By looking at symptoms in an uninfected control group and in individuals both before and after SARS-CoV-2 infection, we were able to account for symptoms which may have been a result of non-infectious disease health aspects of the pandemic, such as stress caused by restrictions and uncertainty," she said.

The authors of the study said its limitations included that it did not cover later variants, such as Delta or Omicron, and did not collect information about some symptoms such as brain fog, which have since been considered a common sign of long Covid.

Another study author, Judith Rosmalen, said "future research should include mental health symptoms" such as depression and anxiety, as well as aspects like brain fog, insomnia and a feeling of malaise after even minor exertion.

Christopher Brightling and Rachael Evans, experts from Britain's Leicester University who were not involved in the study, said it was "a major advance" on previous long Covid research because it had an uninfected control group.

"Encouragingly, emerging data from other studies" suggests there is a lower rate of long Covid in people who have been vaccinated or infected with the Omicron variant, they said in a linked Lancet comment.