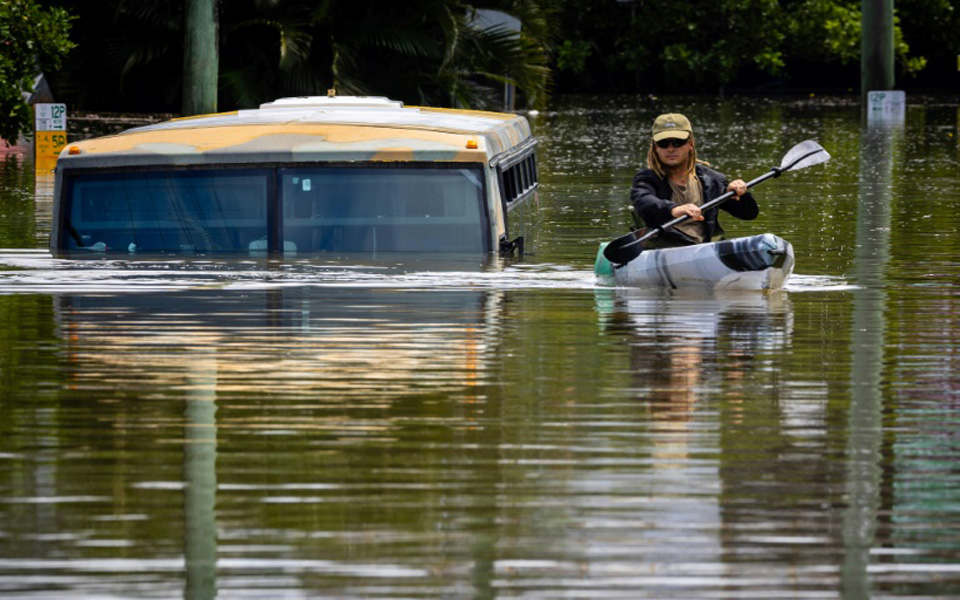 "This event is far from over," the state's Premier Dominic Perrottet said.

Since the floods began over the weekend, emergency services have issued
more than 100 evacuation orders.

A total 85,000 people have been told to leave their homes immediately or be
ready to depart imminently so they will not be stranded by rising floodwaters.

Across Sydney's western fringe, rivers broke their banks and large areas
have been transformed into inland lakes, with mud-brown waters invading homes
while cutting off roads and bridges.

Albanese said that while "Australia has always been subject of floods, of
bushfires", scientists have warned climate change would make such events more
frequent and intense.

"What we are seeing, unfortunately, is that play out," he said.

There were 21 flood rescues across New South Wales overnight, and on
Wednesday more than 1,000 emergency service workers were in the field.

The federal government has declared a natural disaster in 23 flooded parts
of the state, unlocking relief payments to stricken residents.

Many people affected have lived through successive east coast floods that
struck in 2021 and then again in March this year when more than 20 people were
killed.

Australia's Bureau of Meteorology said the weather system was expected to
move off coast later this week.

Andrew Hall, chief executive of the Insurance Council of Australia, said
he expected the Sydney floods would be declared a "catastrophe" by the
insurance industry.

He said 2,700 insurance claims have been lodged by Tuesday from Sydney
alone, and more were anticipated as people were able to return to their homes.

Hall said there had been Aus$5 billion ($3.4 billion) in catastrophe claims
made in Australia this year.

It was "untenable" for homes that had flooded four times in the past 18
months to remain in the insurance pool, Hall said, adding: "We've got to stand
back and ask the question, 'Have we built homes in the wrong spot?'"