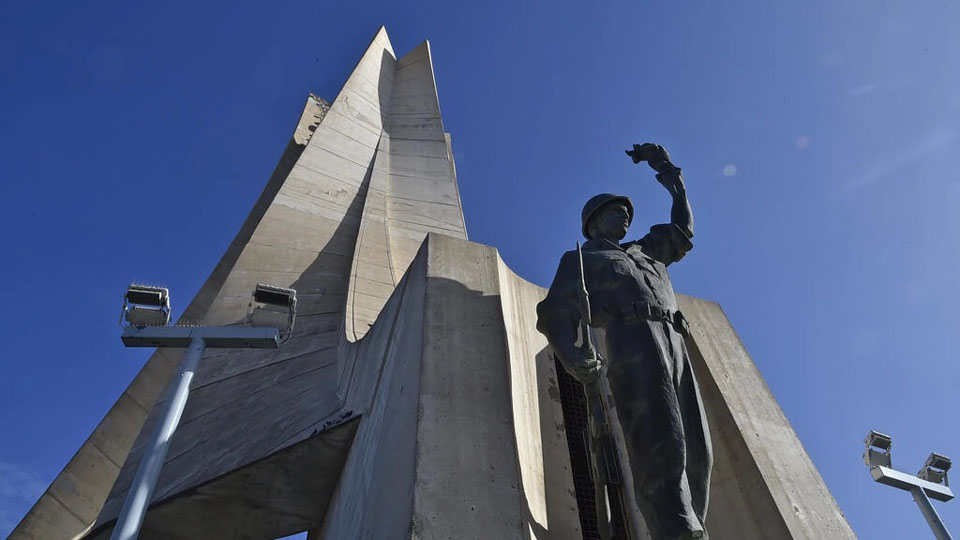 ALGIERS, July 5, 2022 (BSS/AFP) - Algeria marks 60 years of independence from
France on Tuesday with a huge military parade, but memories of violence
during the colonial period continue to overshadow ties between the two.

The North African country won its independence following a gruelling eight-
year war, which ended with the signing in March 1962 of the Evian Accords.

On July 5 of the same year, days after 99.72 percent voted for independence
in a referendum, Algeria finally broke free from colonial rule -- but
memories of the 132-year occupation continue to mar its ties with France.

Authorities on Friday closed a 16-kilometre (10-mile) stretch of a major
artery in Algiers for the army to carry out final rehearsals for its parade,
the first in 33 years.

The closure has caused huge tailbacks on roads leading to the eastern suburbs
of the capital.

The government has even commissioned a logo -- a circle of 60 stars
containing military figures and equipment -- to mark "a glorious history and
a new era".

Algeria's war of independence left hundreds of thousands of dead, but six
decades on, despite a string of gestures by French President Emmanuel Macron,
France has ruled out any form of apology for the colonial period.

"There's no way we can forget or erase the human genocide, the cultural
genocide and the identity genocide of which colonial France remains guilty,"
said Salah Goudjil, speaker of the Algerian parliament's upper house, in an
interview published by newspaper L'Expression on Monday.

French-Algerian ties hit a low late last year after Macron reportedly
questioned whether Algeria had existed as a nation before the French invasion
and accused its "political-military system" of rewriting history and
fomenting "hatred towards France".

Algeria withdrew its ambassador in response, but the two sides appear to have
mended ties since.

Macron and Tebboune confirmed in a June 18 phone call their desire to
"deepen" relations and Tebboune invited his French counterpart to visit
Algiers.